Ted Cruz, a United States Senator for Texas on Tuesday September 15, 2020, added his name to the list of US Senators who have cosponsored a resolution calling for an end to a three-year armed conflict in Cameroon’s two English-speaking regions, making him the 14th US Senator calling on the Government of Cameroon and armed separatist groups to end all violence, respect the human rights, and pursue a genuinely inclusive dialogue toward resolving the ongoing civil conflict in the regions.

Ted Cruz’s move has come as a big blow to a group of activists in the US facing numerous embezzlement accusations. These activists just last week when the resolution was introduced, started a campaign against it simply because it did not mention a long-forgotten Swiss-Talks that remain highly untrusted by the greatest percentage of the separatists.

The resolution called an immediate ceasefire, the need to guarantee unfettered humanitarian access and assistance to the regions. It also advocates for a credible process for an inclusive dialogue that includes all relevant stakeholders to achieve a sustainable political solution that respects the rights and freedoms of all of the people of Cameroon.

The mentioning of a credible process for an inclusive dialogue by the Senators without mentioning Swiss, got some of these allegedly corrupt activists totally frustrated. They organized a petition against the resolution, asking their followers to call and denounce it but majority of the stakeholders prefer a US/UN-led talk to end the crisis, referring to the US as a credible and veritable negotiator.

The refugees, prisoners as well as internally displaced persons have strongly recommended a process led by either the US or UN. Renowned international scholar and legal luminary, Patrick Loch Otieno Lumumba, a Kenyan who served as the Director of Kenya Anti-Corruption Commission from September 2010 to August 2011 and Director of The Kenya School of Laws also advocates for the UN or AU to lead and supervise the process.

Many from the affected regions highly disapproves of the Swiss and have question why a few activists with zero ground forces would be worried if the US or UN was going to lead the process. US is the only country that has so far placed restrictions on Cameroon, notably on trade and military.

The new resolution calls for further sanctions on Cameroon, a thing that has been highly applauded. The call against the resolution made last week by those activists facing embezzlement accusations was highly abandoned, especially as many see the Swiss process as a Cameroon sponsored political game to buy time and kill many more of their people. Others simply see the US as a “Messiah,” according Elizabeth Tifuh, an IDP in the North West.

Since 2016, Cameroon’s security forces have been credibly accused of grave human rights abuses, including suppressing the basic freedoms of expression and assembly, arbitrarily detaining those who challenge the president’s authority, torture, and extrajudicial killings. Human Rights Watch has documented extensive burning of villages by members of the security forces in the last two years in both the Northwest and Southwest regions, as well as rampant killings of civilians and sexual violence.

Cameroon’s two English-speaking regions are engulfed in an armed conflict with a demand by majority of Anglophones in the North West and South West for a separate state called Ambazonia, a crisis that has led to thousands of deaths, torching of hundreds of villages, millions of displaced people and thousands of political prisoners. 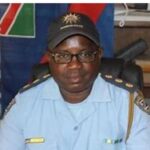 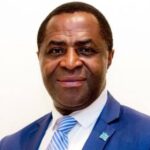