A teen from Cameroon’s Lebialem Division in the Central African country’s South West Region who moved to the United States at 3 has created a groundbreaking application.

In August, the app was on the app store since then it has gotten about 7500 downloads with a rating of 4.7 on 5 stars, available on the iO App Store: tinyurl.com/fontemgpaapp.

Fontem who spoke to National Telegraph from his base in the US state of Ohio said he was going through his computer, playing with it and wanted to know his GPA and then decided he could try to calculate his GPA right away.

The Westerville South High School senior said he noticed the apps on the app store that had similar functions were all badly designed or hard to use and he moved to create a better solution.

Fontem again told National Telegraph that the app known as GradePoint is designed to make school more bearable by helping students calculate their GPA or final grade and track assignment due dates and allow notes or photos to be attached to each assignment.

Fontem said many students and teachers have congratulated him, making him feel motivated to continue doing more, adding, the app is an agenda that will keep with you 24/7 reminders of upcoming assignments.

He is from Azi, Fontem in Cameroon, and a grandson to His Majesty the Fon of Fontem. He attended Westerville’s Hawthorne Elementary School and Heritage Middle School and now currently at Westerville South High School and dreams of attending Ohio State University to pursue a career in computer science.

Fontem said he’s currently making money out of the app and is working on developing more apps and maintaining the current one. At least, over 8,000 downloads have been registered already. The app can be downloaded from any part of the world.

To Fontem, since GPA is only available at the end of the semester and students can’t track their academic progress throughout the semester in most schools, GradePoint will help to solve this problem and also remind parents and students on homework due dates. 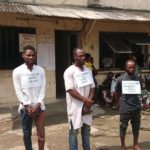 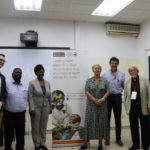