At least 30 persons have been killed and several others kidnapped by suspected Boko Haram terrorists in a fresh raid in Borno State, North Eastern part of Nigeria on Sunday night, February 9, 2020, National Telegraph can confirm.

The suspected Boko Haram terrorists were reported to have attacked Auno, a small village 25kilometres from the state’s capital, Maiduguri with heavy weapons and arsenals, shooting sporadically, burning and looting residents of the community before taking women and children captive, a top government official in the state, Ahmad Abdurrahman Bundi confirmed.

Bundi who visited the scene of the raid on Monday disclosed that the Boko Haram terrorists killed not more than 30 persons and destroyed 18 vehicles in the raid. He revealed most of the victims of the attack were motorists who had stopped by the community to rest for the night before continuing their journey at dawn.

Since the resurgence of the Boko Haram terrorists in Nigeria, Borno State has become a catchment area for the thriving of the terrorist activities with several communities and residents displaced in the attacks. In April 2014, more than 200 secondary school girls were kidnapped in Chibok, a community in the state. The activities of the Boko Haram terrorists in the Northeast of Nigeria have caused the loss of over 36,000 lives with two million persons displaced.

Also, the Auno attack is among the many attacks unleashed by the Boko Haram terrorists on the Borno people in recent times. In January four Nigerian soldiers were killed and seven others injured when the group attacked troops covering the community.

An eye witness Babakura Kolo, a civilian militia fighter disclosed that the terrorists set ablaze vehicles and trucks of passengers who were taking shelter in the community for the night. He said, “Many of the drivers and their assistants who were sleeping the vehicles were burnt alive.’’ 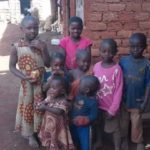