Thirty-six (36) civilians have been killed in a terrorist attack in the Municipality of Barsalogho, province of Sanmatenga, in the central-north of Burkina Faso, the night of January 20, 2020, National Telegraph has learned.

According to a state release, 32 people were killed in Nagraogo and 6 others subsequently in the village of Alamou. The press release from the Minister of Communication also mentions 3 wounded during this terrorist attack.

“The Burkina government has learned with consternation and anger of the deaths of 36 Burkinabe in Sanmatenga province, after a terrorist attack,” Communication Minister Remis Fulgance Dandjinou said.

The President, Roch Marc Christian Kabore announced, Tuesday, January 21, 2020, a 48-hour national mourning from Wednesday, January 22, 2020, through Thursday, during which flags will be flown at half-mast and festivals will be prohibited.

This massacre of civilians by terrorists follows the one that occurred in Arbinda, in the north of Burkina Faso, on December 23, 2019. 35 civilians and 7 soldiers died in this attack. 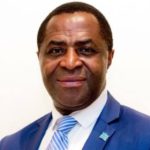 Sisiku, Others Poisoned??? This’ What National Telegraph Confirmed From Kondengui! 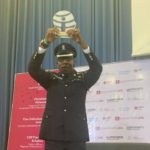