The country’s Minister of Health, Osagie Ehanire disclosed that the 258 newly confirmed cases were spread across 19 states in the country. Ehanire also confirmed that two health workers were among the victims killed in the recent attack by Lassa Fever.

Ehanire disclosed the Nigerian government in curbing the further spread of the epidemic had issued a health advisory to its citizens to maintain good sanitation habits and proper hygiene of covering food from rats and other rodent contamination.

He noted that the Nigerian government was perturbed by the outbreak of the coronavirus reported in China and has resolved to fight the epidemic with proactive approaches since the disease is transmitted by humans.

He further revealed the Nigerian government has initiated preventive measures and surveillance at all entry points at the five international airports in the country (Abuja, Lagos, Enugu, Rivers, Kano), to prevent the transmission and spread of other diseases, especially the coronavirus outbreak reported in China, United

Lassa fever epidemic which has become a serious health problem in Nigeria is an acute viral haemorrhagic fever (VHF) caused by the Lassa virus and carried by a multimammate rat. The disease is transmitted from the excreta, urine, saliva or blood of a rodent called multimammate rat and spread from man to man.

Reacting to the outbreak of the epidemic, the Nigeria Governors’ Forum (NGF) on Wednesday, 22, January 2020, in a briefing in Abuja, Nigeria’s administrative headquarter noted that proactive measures will be taken to curb the further spread of the disease to other states in the country.

They assured to create a harmonious working relationship with the Federal government and other health agencies in the country to address the issue.

In one of the affected states in the South South region, the Chief Press Secretary to the Edo state deputy governor, Musa Ebomhiana disclosed that “a total of 175 cases of Lassa Fever have been recorded in the state with eight persons dead since the current outbreak of the epidemic. 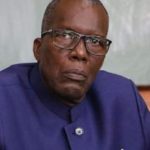 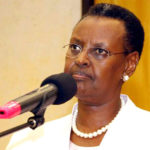