The Minister of health and Social services, Kalumbi Shangula during a press conference, Wednesday said two of the crewmembers are foreign nationals while two are also from the fisheries observers agency.

The vessel, Campa del Infanzon, was initially stuck at sea for the past 25 days after two of its members displayed flu-like symptoms, resulting in the whole 73 crew members being tested for COVID-19.

Erongo District health director, Anna Jonas said that the 43 crewmembers will go into isolation while the negative crew members will be quarantined for the 14 day mandatory period as they were in contact with the positive fellow employees.

The vessel has not been allowed entry into the Port of Walvis Bay by port health authorities pending the outcome of the results. However, Tino Hanabeb, Namport’s executive commercial manager said that the crew will now be allowed to disembark the vessel.

Namibia’s Fishing industry has been hit hard by the virus as at least two companies earlier had to temporarily close their factories after employees tested positive for the virus at Walvis Bay.  The town’s cases have increased to over 400 and is now regarded as the epicentre of Namibia.

Namibia’s President, Hage Geingob on Monday, issued strict measures that prohibits anyone apart from essential service workers to leave or enter the Walvis Bay and its two sister towns, Swakopmund and Arandis until 3 August.

Namibia now has 615 confirmed COVID-19 cases with zero deaths and 25 recoveries according to statistics, Thursday July 9, 2020. 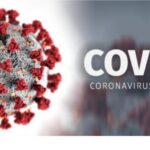 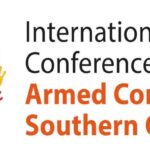