Home » Abuja Court Decides Friday Whether Or Not Biya Returns Sisiku, Others To Nigeria!

The Federal High Court of Abuja in Nigeria would on Friday, March 1, 2019 hand down a decisive judgment in a matter pitting ten (10) Anglophone pro-independence leaders and the Nigerian government, National Telegraph has learned.

Hon Justice Anwuli I Chikere, the presiding judge at Court IV of the Federal High Court Abuja is expected to start reading out the judgment by 10 AM, this Friday, Barrister Abdul Oroh, one of the lawyers of the Anglophone leaders based in Nigeria told National Telegraph by phone from his head office in Abuja, early Thursday February 28, 2019.

The case was due to take place on Tuesday, February 26, 2019, but was pushed to Friday, March 1, 2019, Barrister Femi Falana, leading the case in Nigeria told National Telegraph’s Editor-in-chief, Eric Tataw on telephone from his head office in Ikeja, a precinct in Lagos State of the West African country of Nigeria, early Monday, February 25, 2019.

The Federal High Court of Abuja on Monday, January 21, 2019, held a session on the matter and adjourned it to Tuesday, February 26, 2019, but was forced to push it to March 1, citing the elections fever.

Nigeria was holding elections on Saturday, February 23, 2019, and violent clashes and several deaths were recorded in several polling units where the incumbent, Muhammadu of the All Progressives Congress (APC) faced stiff resistance from Atiku Abubakar of the People’s Democratic Party (PDP).

Barrister Oroh who says he’s optimistic Justice would be served, seized the opportunity to congratulate Buhari for his reelection after he defeated his political rival, Atiku. Oroh says; “I hope President Buhari would seek to correct errors like the illegal deportation of the Southern Cameroonian leaders and engage the Biya Regime to pursue a peaceful settlement in Cameroon.”

The legal mind also opined that; “I also hope he would be more effective in foreign affairs to raise Nigeria’s status, step up regional cooperation to wipe out Boko Haram to enable refugees and internally displaced people to return to their normal lives. I also expect him to sign the African Free Trade Agreement and work to give African Union a more purposeful and pro-democracy leadership.”

The Lawyers are not only hoping that the court orders the return of their clients whom they have determined with documents from the United Nations High Commission for Refugees (UNHCR) are refugees and asylees, but are also demanding the Nigerian Government pays compensation amounting to more than One Hundred Million Naira (₦100. 000.000) per person, stating that their clients’ rights were violated.

Ambazonia is an outlawed country in which the majority of its residents; the English-speaking regions are seeking to restore what was formerly British Southern Cameroons. The Biya administration has blamed the insurgency on Sisiku and others, charging them with terrorism-related crimes.

Sisiku Ayuk Tabe Julius and nine others are amongst twelve persons arrested at Nera, a hotel in Abuja, Nigeria on Friday, January 5, 2018, and extradited to Yaoundé, Cameroon, an act that has been described as a bootleg, reason why their lawyers are now suing the Nigerian Government to ensure their return to Nigeria where they enjoyed refugee and asylum statuses.

On Thursday, February 21, 2019, they filed a Notice of Appeal at the Yaoundé Military Court that has been hearing the matter of their clients, and on Friday, February 22, 2019, a Memorandum and Grounds of Appeal was filed at Court of Appeal of the Centre Region over the same case. The trial in Yaoundé is due to resume on Friday, March 7, 2019. Any judgment coming from Nigeria would greatly affect that in Cameroon. 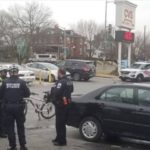 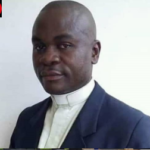