The consorts of ten (10) Anglophone Pro-independence leaders currently under detention in Yaoundé, capital of the Central African country of Cameroon have applauded the Federal High Court of Abuja in Nigeria that on Friday, March 1, 2019 hand down a decisive judgment in a matter pitting Nigerian government and their husbands, National Telegraph has learned.

The ladies have thanked the entire Nigerian Justice System and Hon Justice Anwuli I Chikere, the presiding judge at Court IV of the Federal High Court Abuja for what they describe as upholding of Justice. Lilian Ayuk Tabe, wife of the main detainee who has been mandated to speak on behalf of the spouses told National Telegraph they’re also grateful to God and the populations of the two English-speaking regions of Cameroon that she referred to as Southern Cameroonians.

In the statement dated Friday, March 1, 2019, signed by nine of them, the ladies were visibly filled with joy and excitement. Below is a full text of the message signed and sent to National Telegraph titled; Response to the Federal High Court in Abuja, Nigeria Ruling Today March 1, 2019: From The Spouses Of The Abducted Leaders Of Southern Cameroons;

“Today March 1, 2019, we the spouses of the abducted and detained leaders of Southern Cameroons gladly welcome the judgment of the Federal High Court judge, Hon. Justice Anwuli Chikere, which condemns the illegal abduction, detention, deportation of our husbands and other Southern Cameroonian refugees in Nigeria.

The decision is a confirmation of our position that our husbands and others did not commit any offense and that their arrest and deportation were in violation of the Nigerian Constitution, the Nigerian laws, the African Charter on Human and People’s Rights and other international instruments to which Nigeria and Cameroon are parties .

We also welcome the decision of the judge to order the immediate repatriation of our spouses and other illegally abducted and detained Southern Cameroonian refugees to Nigeria, as well as the payment of compensation for the flagrant abuse of their rights.

We welcome the order from the Federal High Court that no agency of the Federal Government of Nigeria should infringe upon their fundamental rights any further.

We express our profound gratitude to the lawyers in Nigeria and Cameroon who have fought relentlessly for this to happen. We commend Southern Cameroonians (Ambazonians) for their fortitude and resilience.

The case of the Anglophone leaders was first brought under the Fundamental Rights Enforcement (Procedure) Rule of 2009, on the violation of the fundamental rights of Sisiku et alia, their rights to movement, family, amongst others.

On this count, the court ruled that the abduction at Nera Hotel where they were arrested was illegal and in violation of the Nigerian Law, the violation of African Charter on Human and People’s Right, consequently, the court ordered that they should be paid five million Naira (₦5.000.000) each and that the Nigerian Government should be restrained from further violating their rights, Barrister.

The Judge also said; the Nigerian Constitution and the United Nations Convention of the Status of Refugees in 1951 in its article 32 and 33 were violated and consequently all ten Anglophone Pro-Independence leaders must be sent back to Nigeria.

The court again ordered that forty-seven (47) others arrested from Gembu in Taraba State and deported to Cameroon should be returned to Nigeria and be compensated with the sum of two hundred thousand Naira (₦200.000) each.

The Federal High Court Abuja also said there’s no evidence that those extradited were involved in any illegal act that warranted their arrest and deportation, Barrister Abdul Oroh, one of the leaders of the Pro-Independenc who attended the case hinted, adding that the judge opined that even if they were involved, the due process wasn’t followed. 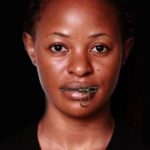 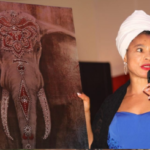 Yes congratulations Sesekou Eric Tataw i had finally given you the tittle of sesekou because you are the true son of Manyu you deserve that sesekourian tittle more grace to your tremendous job.