Africa Forum, an informal network of former African Heads of State and Government and other African leaders designed to support the implementation of the broad objectives of the African Union (AU) and its initiative, the New Partnership for Africa’s Development (NEPAD), at national, sub-regional and regional levels has announced it would hold a Symposium on Cameroon, National Telegraph has learned.

The statement states that one of the principal tasks of the Africa Forum is to support the African Union as it works to guide the Africa Continent to achieve the Objectives detailed in the Constitutive Act.

The Constitutive Act of the African Union sets out the codified framework under which the African Union is to conduct itself. It was signed on 11 July 2000 at Lomé, Togo. It entered into force after two thirds of the 53 signatory states ratified the convention. When a state ratifies the Constitutive Act, it formally becomes a member of the AU. All 53 signatory states have ratified the document.

The only states in Africa that have neither signed nor ratified the document are Morocco and South Sudan. South Sudan has been admitted as a member of the AU but has not yet ratified the Constitutive Act.

The statement continuous the Forum has done its best to follow the ‘evolving but troubling situation in the Republic of Cameroon.’, adding that it has had the privilege to convey some of its views and suggestions to His Excellency President Paul Biya of Cameroon. The Forum looks forward to further contact with President Biya on this matter, the statement adds.

The document furthers that the Forum has thought it very necessary that it should take all necessary steps further to inform itself about the situation in the Republic of Cameroon in as comprehensive a manner as possible.

To achieve this objective the Forum will therefore act to convene a Symposium on Cameroon to be held possibly in Addis Ababa, Ethiopia or any other African country which will agree with the Forum to provide a venue for the Symposium, said the statement.

On the terms of dialogue, the document says the Forum will take steps without delay to contact a broad spectrum of the people of Cameroon and invite these to attend what the Forum intends must be an inclusive and open dialogue.

While concluding, the statement says the Forum is convinced that the Symposium will help greatly to empower it the better to assist the Government and people of Cameroon as they work to address the challenges facing this sister African country. 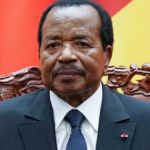 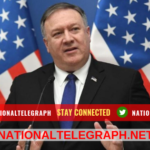