Manu’s funeral took place in strict privacy just like the family had announced. He played saxophone and vibraphone and developed a musical style fusing jazz, funk, and traditional Cameroonian music.

The 86-year-old, died in Paris, France on Tuesday, March 24, 2020, according to an official announcement from his family that also cited COVID-19 as the cause of death.

Dear Papa Manu, rest in peace, a statement on his official Twitter handler said, backed by a picture showing six persons, including a pastor who said the final prayer. One of them held Manu’s picture.

“You’re the original giant of African music and a beautiful human being,” the Beninois performer, Kidjo shared a video on Twitter, recorded two months ago with Dibango.

Popular for especially a 1972 Soul Makossa, Manu featured with many other artists, notably Nigeria’s Afrobeat giant Fela Kuti and US pianist Herbie Hancock.

In 2009, Michael Jackson settled out of court after Manu sued him that he stole parts of his song, Soul Makossa, used in Thriller. 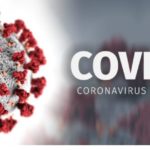 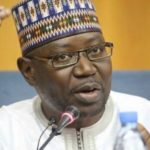