Home » After Ethiopia, Another Tragedy In Lagos As 3-Story School Building Collapses, Kills 12.

Some twelve (12) persons; eleven (11) school children and their headteacher have died after a three-story building hosting a school collapsed, a teacher has told National Telegraph from the Itafaji area of Lagos Island, Lagos State, Nigeria where the incident happened.

Rescue teams, including the Red Cross were quick to intervene, serving many children and three adults. Reports say a total of forty-one persons in which three are adults and thirty-eight (38) school children are receiving treatment at Lagos Island General Hospital, hospital officials have posted the names.

Among the deaths is a 10-year-old who was celebrating his birthday and the headteacher, National Telegraph has been told. State authorities have assured victims of quick assistance after Lagos State Governor, Akinwunmi Ambode visited the school said to be privately owned.

The exact reason of the collapse is yet to be known but investigations have been opened. Governor Akinwunmi who spoke to National Telegraph said all illegal schools in the area would be closed down. Rescue teams are still on the scene for eventualities.

Prior to this, all 157 people in flight ET 302/10 March in schedule service from Addis Ababa to Nairobi on Sunday, March 10, 2019, died in an Ethiopian Airlines plane crash around Bishoftu, an Ethiopian town near Addis Ababa.

According to the bulletin from the Airlines, the aircraft B-737-800MAX with registration number ET.AVJ took off at 8:38 AM local time from Addis Ababa, Bole International Airport and lost contact at 8:44 AM. 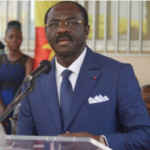 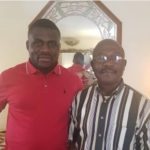