Home » After Manu Dibango, Another Music Legend Succumbs To COVID-19.

A Somali music icon has died from the novel COVID-19, National Telegraph can confirm. Ahmed Ismail Hussein died in London, the United Kingdom at 92, family sources announced on Wednesday, April 8, 2020.

Famously known as the King of Oud, he succumbed to the virus after he was admitted to a London hospital four days ago. UK-based researcher Haana Ali tweeted that he was devastated by the death.

“Today the Somali community around the world has lost a hero – Ahmed Ismail Hussein Hudeydi – one of the founding fathers of modern Somali music lost to COVID19. I am utterly devastated,” he said.

Ahmed Ismail Hussein was born on April 15, 1928. At 14, his father took him to a party in Aden, Yemen where he met an Arab man playing the oud. He fell in love with the instrument and began learning how to play it.

Abdullahi Qarshe from whom Hussein was learning the oud from, advised Hudeydi’s father to buy his son an oud and a pick instead of a pen and a book. However, Hudeydi’s teacher advised him to learn the drums, because of his constant drumming on the desk.

Hudeydi played in Somalia during the 1950s and 1960s. During one period Somali officials tried to ban music as a distraction and labeled musicians as devils.

In 1973 Hudeydi moved to the United Kingdom, where he performed at private functions such as family weddings and taught others the instrument.

Former Somali Prime Minister Nur Hassan Hussein known as Nur Adde also died, Wednesday, April 1, 2020, in London of the virus. He was hospitalized in London and died at 82. 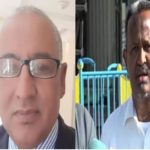 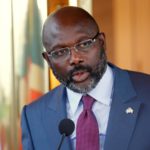