Home » After Notre Dame, Another Renowned Cathedral Saved From Fire.

An element of the New York Police Department has told National Telegraph that his unit is detaining a man who it would appear wanted to cause another Notre Dame incident.

Around 7:55pm, a man walked into St. Patrick’s Cathedral in Manhattan with gas cans and lighter fluid, and was subsequently apprehended by @NYPDCT without incident. We thank our partners for their help, and remember – if you see something, say something., the NYPD confirmed on Twitter.

He attempted to start a fire using a lighter with a car in a position ready for him to escape, police said while confirming the man is a 37-year-old from New Jersey, another US state.

Although the Cathedral’s security prevented him from entering the church, he still succeeded in spilling some of the gasoline on the floor reports have said.

The Deputy Commissioner of Intelligence, John Miller has provided preliminary statements regarding the incident, a 2 Min and 17 Second video on the NYPD Twitter page has indicated.

Parts of his statement suggest the suspect responded to initial questions in the most inconsistent of ways and had lied he was trying to pass through the Cathedral to get to Madison Avenue and that his car had run out of gas.

Police say the victim’s minivan was checked and police revealed he was held in detention after it discovered he had fuel contrary to what he was saying. 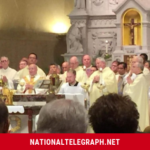 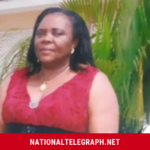