Algerian Protesters have been taking to the streets; asking the Bouteflika regime to step down. As a result of the protest,the newly appointed interim leader( Abdelkader Bensalah ) has set july 4th for presidential election following the step down of the former president (Abdelaziz Bouteflika).

The newly appointed leader made a television announcement about the election date following a day after he was being appointed as interim leaader by the algerian lawmakers for 90 days.

The mounted pressure began by the the protesters due to the announcements made early February by the former president to run in for the firth term presidential election.


Abdelaziz Bouteflika is 82 and has held tight to power since 1999. Despite his resignation on april 2, protesters still hold worries as they fear that power may only be shifted to another member of the same regime. There is no doubt that this worries should be expressed since Bensalah has served under his government as council speaker.

Meanwhile announcement has been made Wednesday through the Algerian state press services by the Ministry of Interior, Local Authorities and National Planning authorizing 10 political parties and 22 national and inter-provincial associations to hold their constituent congresses after their files were being examine and approved. 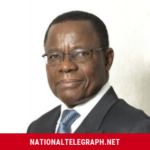 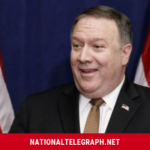 Power is never given.

It is either created or taken and not by voting, praying, begging, … but by standing on the feet and fighting, resisting, sacrificing, overcoming, revolting, rebelling.