The President of Gabon, Ali Bongo Ondimba has appointed a new Prime Minister, a decree read on National Television by the Secretary General at the Presidency, Saturday January 12, 2019 has confirmed. According to the announcement, Julien Nkoghe Békalé has replaced Emmanuel Issoze-Ngondet, who has served since 2016.

Julien Nkoghe Békalé, 56, is said to be of the Fangs, Gabon’s largest ethnic group. The President’s absence from the country since October 24, 2018 following a stroke has kept many in doubts on whether he’s fit to further pilot the nation. Many hold that after the failed coup, Bongo has appointed a new PM to emboss his authority and reassure his allies and the International Community he’s still in control.

In his end of year speech broadcast on December 31, from Morocco, Ali Bongo, 59, stammered and could barely move his right arm. The brain behind the coup had indicated Bongo’s ailing disposition as one of the reasons. Although the President has insisted he’s able to continuously discharge his duty, many still think otherwise. 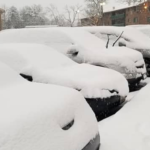 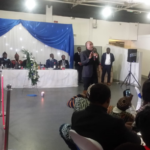