The health condition of ailing Gabonese President has deteriorated over the last two days, a Presidential source has leaked out in Libreville, Gabon’s capital, Friday January 18, 2019. Ali Bongo Ondimba had flown from Morocco where he was receiving treatment to Gabon for official state duties.

Bongo returned to Gabon on Monday January 14, 2019 where he participated in a state ceremony to swear in his new cabinet. The President was captured on state television where he appeared on a wheelchair apparently trying to be in control.

Bongo has returned back to Morocco on Tuesday January 15, 2019. Although government sources didn’t elaborate on the brevity of his stay in Gabon, another source has emerged saying that the President’s return was inevitable following a further tear in his health while in Gabon.

Ali Bongo was attacked by a Stroke in Saudi Arabia on October 24, 2018. Government officials have however dribbled the population on the exactitude of his medical situation. This propelled a few soldiers who attempted a coup on January 7, citing Bongo’s deteriorating health. He had appeared in a televised New Year address in which he slurred as he spoke.

Ali’s father, Omar Bongo, led Gabon for 41 years and died in 2009. He would succeed him after a disputed election and was re-elected in 2016 for a renewable seven-year term. He had on January 11, appointed Julien Nkoghe Bekalé as new Prime Minister through a recorded video from Morocco. 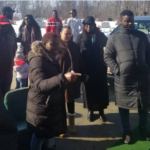 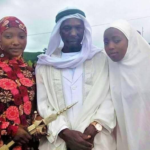