Internally Displaced Persons (IDPs) on Friday, March 8, 2019, converge on a hall in Mvog Ada, a precinct in Yaoundé, capital of the Central African country of Cameroon, National Telegraph has been told.

According to a source, Mengot Victor Arrey Nkongho, a Cameroonian Minister in charge of Special Duties at the Presidency of the Republic of Cameroon and wife, Bernice Mengot summoned the IDPs, all from Manyu, a war-torn division in the country’s South West where the Minister is said to hail from.

According to some sources, there are over six thousand (6000) Manyu IDPs in Yaoundé but only less than four hundred (400) were at the event where some items were distributed.

According to an official list, a copy of which National Telegraph has obtained, the gifts were distributed amongst IDPs from the four Sub-divisions of Manyu. A total of twenty-five (25) mattresses; (Akwaya-4, Eyumojock-7, Mamfe Central-5, and Upper Banyang-9) were given to the IDPs.

Going by this data, most of the IDPs have qualified the gesture a sham, saying that they are yet to believe how six thousand people can conveniently share one hundred bags of rice.

They added that even amongst the over four hundred IDPs at the event, how would twenty-five bags of beans be shared or one hundred buckets? Many also raised concerns over the twenty-five paillasses distributed. They’ve questioned how many people would sleep on the twenty-five mattresses.

Many have also described the gesture as doing the right thing at the wrong time and place. At least over one hundred thousand (100.000) Southern Cameroonian refugees are currently in Nigeria and other countries.

Observers say the Minister’s gesture would have been very much welcomed in Nigeria where refugees are living in deprivation and desperation.

Meanwhile, others have opined that it would have been better to give the gifts to an orphanage other than playing with the emotions of already traumatized IDPs.

There’s a deepening armed conflict that has broken out in the two English-speaking regions with Anglophone Militias battling regular army to create a new state called Ambazonia.

During this warring period, many Southern Cameroonians, including Manyu children have been killed. Minister Mengot and other Manyu and English-speaking elite have continuously ignored discussions on the gory and atrocities committed by the Cameroon military. 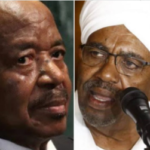 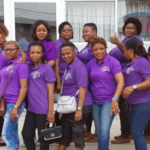 He himself Mr. Mengot is not only an IDP but a nonreturnable IDP.