Sisiku Ayuk Tabe Julius, President of the Interim Government of the Federal Republic of Ambazonia, an outlawed government fighting for the restoration of the statehood of the former British Cameroon has sent out consoling and condolence messages to family and friends of an iconic member of the ‘Ambazonia’ Family’ who died in May.

Sisiku said death is a necessary end that all humans must earn to meet their creator. While encouraging family members, friends and well-wishers of the deceased to muster courage to carry the lost, Sisiku described Justice Frederick Alobwede Ebong as a fighter who gave his all to see Southern Cameroons free.

Justice Ebong died on May 24, 2019 at the George Town University Hospital in Washington DC, capital of the United States of America after an ailment that family members say gradually ended his life.

The funeral program of the iconic figure begins with the viewing of the corpse at Jenkins Funeral Home at 7474 Landover Road, Hyattsville, Maryland, Friday July 12, 2019 at 6:30PM, National Telegraph has gathered.

A service of songs and wake would hold from 8:30PM same Friday at Herzel Place, Beltsville, Maryland, 20705, the funeral schedule has said. The schedule also indicates a Requiem Mass at St Anthony Catholic Church located at 1029 Monroe Street, NE, Washington DC, 20017 on Saturday July 13, 2019 from 10AM through 11:30AM. Burial would immediately follow at Rock Creek Cemetery at 201 Allison Street NW Washington, DC 20011, National Telegraph has confirmed.

Justice Ebong is famous for taking over a radio station in Cameroon. At exactly 11:30 PM on the night of December 30, 1999 breaking December 31, he entered CRTV Buea, South West Regional branch of Cameroon’s state media, seized microphones, gave tapes containing victory songs to be played to the nation with the aid of others.

He was arrested nine days after and transferred to Yaoundé, Cameroon’s capital and later to a high security detention facility after he was charged with treason. On April 1, 2000, the SCNC met and elected him Chair and leader of the Federal Republic of Southern Cameroons. After his release, he fled to neighbouring Nigeria where as an asylee, he raised his household. 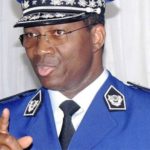 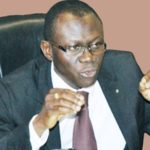