Sisiku Ayuk Tabe Julius, President of the Interim Government of the Federal Republic of Ambazonia, an outlawed government fighting for the restoration of the statehood of the former British Cameroon has sign a letter from himself and nine other members of his government to Tuesday July, 30, 2019.

Sisiku et alia said in the letter addressed to Cameroon’s Minister of Justice and Keeper of Seals in which United Nation Secretary General, African Union, European Union, Commonwealth, Embassy of the United States of America, Yaoundé and British High Commission, Yaoundé are copied that they’re beginning a hunger strike.

According to sections of the letter, the strike is triggered by the disappearance of Anglophone detainees from the Kondengui Central prison and the Buea Central Prison, following peaceful protests on July 22 2019 and 23 2019 respectively.

The detainees were transferred from the Kondengui Central Prison and Buea Central Prison from where uproars had occurred. Ambazonia detainees as they’re called were demanding for their release and an end of an armed conflict in the country’s North West and South West.

Late Saturday July 27, fifty-six (56) inmates at the Kondengui Central Prison were transferred to the Kondengui Principal Prison.  The new intakes are mostly very young people under the age of 30, disheveled and for the most part emaciated, sources confirmed.

Other detainees over a hundred and fifty, mostly Anglophones were transferred to a dreaded prison in Yoko in Mbam-et-Kim Division in Cameroon’s Centre Region and to SED as well as other detention facilities in the country, National Telegraph confirmed.

Mancho Bibixy, fondly called Mancho BBC is among the prisons whose news have remained disturbing to all and sundry. National Telegraph has however confirmed that contrary to information that he and other top inmates have been killed, they’re held at SED but have been tortured. The separatist leaders however insist government must provide them. Below is the full content of the declaration.

The Minister of Justice and Keeper of Seals

This is to bring to your attention our decision to protest by way of a Hunger Strike, beginning at midnight today.

This strike is triggered by the disappearance of our compatriots from the Kondengui Central prison and the Buea Central Prison, following their peaceful protests on the 22nd July 2019 and 23rd July 2019 respectively. This strike will go effective if by the close of business today, 30/07/2019 our lawyers do not confirm that they have met some of our people, particularly, Mancho Bibixy, Penn Terence, Tsi Conrad, Ngalim Felix, Tita Tebit, Che Luther, Tang George, among others.

Other reasons for the strike include:

1. The brutal torture to comma of a member our defense team, by elements of the Gendarmerie and threat by security agents on the lives of other members our defense team. It should be noted that earlier on security agents in Bamenda Commercial Ave fired live ammunition it Barr Awah Joseph’s car missing him and another colleague returning from office narrowly!!!

2. The profiling of Ambazonians (British Southern Cameroonians) in Yaoundé at the behest of the Minister of Territorial Administration – Mr Atanga Nji Paul, is a clear call for the intensification of genocide on Ambazonians,

3. The ongoing genocide in Ambazonia perpetuated by the military, police and Gendarmerie of La Republique du Cameroun,

4.  The flagrant violations of the rights to fair trial as well as the abusive Court martial of Ambazonians in Cameroun Republic against international conventions and treaties duly ratified by Cameroun.

5. The overcrowding, malnutrition, cruel and degrading detention conditions in prisons,

6. The direct threats on the lifes of our families and friends by Cameroun security agents if they ever show up again in our public hearings at the Yaoundé Military Tribunal,

7. The refusal by the Military State Counsel to issue “Visitor’s Passes” or “Permits” to our families and friends who are supposed to bring us food,

8. The non-implementation of the 1st March 2019 Federal High Court of Abuja judgments requesting that we and other refugees abducted in Nigeria and illegally deported to Cameroun be returned to Nigeria as our abduction and deportation was illegal and a violation of our fundamental rights and International law.

Please take note that this strike will be called off only after our Lawyers confirm that they have met our compatriots and when modalities to address all the above issues are agreed upon.

– Embassy of the United States of America, Yaoundé; 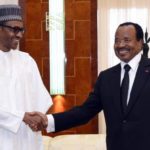 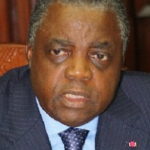