Cameroonian refugees in Nigerian, preferred to be called Ambazonians are joining the rest of their counterparts worldwide in celebrating World Refugee Day. In Nigeria, refugees fleeing from an armed conflict in Cameroon’s two English-speaking regions started celebrations since Tuesday June 18, 2019.

World Refugee Day is observed on 20 June every year to raise awareness about the conditions and problems that refugees face in their lives and provides an opportunity to show globally that everyone is with refugees.

On Tuesday June 18, 2019, a mammoth crowd of refugees from Agborkim Waterfall, Ajassor, Egughetai and Abia in Etung Local Government Area in Nigeria’s Cross River State converged on Agborkim Waterfall where they highlighted their plights to officials of the United Nations High Commission for Refugees – (UNHCR) including calling out the Cameroon Government for burning down their homes, killing their loved ones and the UN for neglect.

Activities in Akwa Ibom that kicked off, Wednesday June 19 with a football competition from the various Refugee settlements in Akwa Ibom viz: Uyo, Oron, Ibaka, Ibesikpo Asutan, Uruan, Ekpuk (Mpat Enin), Esit Eket and Ikot Abassi, organizers say refugees composed themselves into six teams to catch some fun and relieve themselves from the stress they are found it.

The first day of the program featured qualification soccer matches from the different teams, traditional dances, singing and drama alongside spiritual encouragement.

To curb the adverse effects of promiscuity that comes in due to the hard times some of the Refugees face, reproductive health education/family planning and the distribution of contraceptives as family planning methods constitute key parts of the celebrations.

Free consultations for all sick refugees, a session for entrepreneurship where they would be taught on how to start their own business with little or no money are top on agenda, the event sheet has shown.

It would be crowned by a grand finals of the two football teams that would qualified the day before from the football competition, RRI, the chief organizer has said, imploring others to join in helping refugees relax.

RRI says the event would bring joy and gladness to the Cameroonian Refugees in Akwa Ibom, adding that support through ideas, gifts and cash is highly solicited.

There’s an armed conflict in Cameroon’s two English-speaking regions with a demand by majority of Anglophones in the North West and South West for a separate state called Ambazonia.

Elements of the armed forces have taken advantage to target innocent civilians, burning down houses, causing thousands to escape into Nigeria and other countries as refugees, including Morocco, Ghana, United Arab Emirate, Cyprus, just to name a few, sources say. 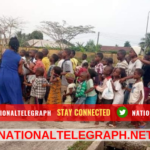 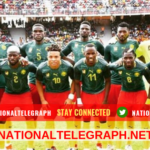