The Interim President (IP) and Acting Interim President (AIP) of the Federal Republic of Ambazonia, a new country that the people of the two English-speaking Regions of the North West and South West of Cameroon are trying to restore have finally put enemies to shame, discussions from a conflict-management meeting have shown.

The people of the two English-speaking regions started an uprising in October 2016 following common disagreements with the central government but the crisis was mismanaged, turning it into a demand by majority of Anglophones in the North West and South West for a separate state called Ambazonia.

Sisiku Ayuk Tabe Julius later emerged as Interim President of the movement after many others including Barrister Agbor Balla, Dr Fontem Neba and Tassang Wilfred of the Consortium, a body that was put in place by lawyers and teachers and other civil society actors to advocate for the teachers and lawyers and then later, for the minority people of the North West and South West.

Sisiku was later, alongside eleven others arrested in Nera, a hotel in Abuja, Nigeria on Friday, January 5, 2018. Ten of them would later be extradited to Yaoundé, Cameroon, an act that has been described as a bootleg.

Dr Sako then emerged as the AIP and all was moving on well though with some inconsistencies inherent of any natural functioning until early May when Sisiku announced from jail he was dissolving the Sako-led cabinet and reconstituting it as was at the time of his abduction.

In meeting on Zoom late Sunday May 12, 2019 in which President Sisiku was represented, Dr Sako also showed a compromising position like Sisiku’s envoy.

Suggestions were made that all decisions taken before May 2, 2019 must be recalled. Sisiku’s announcement, it was proposed be put on hold. A list of over more than seventy (70) members proposed by Dr Sako in a cabinet reshuffle should be recalled, including a letter from the Restoration council suspending Sisiku et alia.

The Chair of the Restoration Council, Elvis Kometa who also spoke corroborated the need to put everything on hold. Most, if not, all of the activists sounded happy though after heated debates.

Sisiku and Sako would continue to talk, participants proposed but everything sounded perfect and it’s expected the two lawyers would make positive announcements in the days ahead.

All major activists attended the online meeting and took rounds to frown at people with personal interests who they say must have influenced Sisiku and Sako for their own personal interests. Activists are optimistic enemies would be put to shame. In the meantime, three activists were tasked to write down recommendations. 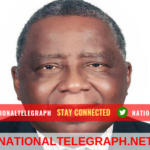 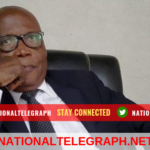 I’m very sorry, but this is just pure confusion.

What at all, is good of this?

Absolute law dictates that anything that is commanded by two different entities at the same time crashes irrespective of how excellent these two entities are, irrespective of whether one is in confinement or not.

How can we be living freely outside of confinement only to go back and ask for directions from someone in confinement? Are we Ambazonians that weak minded?

Our highest thrust and loyalty to Sisiku Julius Ayuk Tabe was displayed when we gave him our nation into his arms when he was free, and it is still the case now.

Taking orders, consulting a leader under total control by the enemy is a naive way of trying to be loyal to that leader. There is no way that Sisiku Julius Ayuk Tabe will sit in confinement and then allow others that are free to use the fact that he is restricted to show to him that they are loyal, respectful, … to him.

Do you people know that at least 20 percent of the inhabitants in prisons are implanted government and private agents that are placed there to pretend to be criminals? These agents are always the nicest and those willing to help. They know all the connections. Anything you want they get it. This about that.

I am absolutely certain that all these things we are seeing are been forced on to our president Sisiku Julius Ayuk Tabe.

Sisiku Julius Ayuk Tabe will never do these things we are witnessing., never. That man is so simple, he never fought for power, he never tried to force anything on anyone when he was free with us, what will make his fight for power and force thing on other in a damn useless dilapidated LRC concentration camp?