An element of the Cameroon army has been killed and guillotined and his head hanged on a rod on a fence at the Old GCE Board, a building that formerly hosted the country’s examination center in Sandpit, a precinct in Buea, capital of Cameroon’s South West Region, Wednesday, February 6, 2019, locals told National Telegraph.

Four cars have also been reportedly burnt down by the reservists in Bonduma, another precinct in Buea where the reservists attacked. Reports say amongst the burnt vehicles i a city taxi that was violating lockdown.

Anglophone militias fighting for the Restoration of the statehood of the former British Southern Cameroons are enforcing a ten-day lockdown that began Tuesday, February 5, 2019, and it’s expected to end Thursday, February 14, 2019.

The Interim Government (IG), an outlawed government based overseas and financing and moderating an armed conflict against the Cameroon government had declared the lockdown its militias are now enforcing.

During this 10-day window, all businesses are expected to be closed and transportation and movements grounded in the two English-speaking regions of the North West and South West of the country.  The IG hopes through the lockdown; it would have weakened the regime’s economy and showcased it’s in control of the restive regions.

Some residents have criticized the IG’s move saying it’s punitive on the population but the IG has defended it, saying collateral damages are inevitable in war. The Regime is greatly opposed to it and to ensure it remains in control, security forces have been clashing with the armed groups in various locations.

In all of these, unarmed and innocent civilians are paying a big price. A man identified as an employee of Bank Atlantique has also been shot on the chest at Mercedes Street Entrance by the reservists who accused him of disobeying their orders.

The previous day, a group of armed Anglophone reservists opened fire on two civilians, killing one and injuring another still in Buea despite the region’s Governor, Bernard Okalia Bilai warning on the lockdown. A service car belonging to Dr. Hannah Ngoto Etonde née Mbua, Regional Delegate of Secondary Education for South West was set ablaze at her residence at around First Trust Bank, Soppo, Buea.

Afterwards, another incident was reported in Mutengene, another restive town close to Buea where a driver and one other person in a Tanker transporting fuel were shot and killed.

In , a village in Limbe, a touristic town in Limbe II Subdivision, Fako Division still of Cameroon’s South West Region locals reported early Monday, February 4, 2019, the death of a Senior Warrant Officer of the Cameroon Army, Mbonde Emmanuel in his mid-fifties of the Limbe Naval Base.

Insecurity has more than tripled since the last time the Governor appeared on TV warning the armed groups and threatening civil servants to come to work or get their salaries suspended. 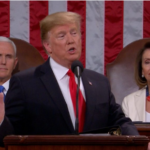 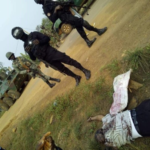