Amin Dahiry, an Entrepreneur, Social Activist, and news writer who’s also the founder of Dahiry Translations, SomNet IT Solutions and Co-Founder of AmazingTek has been appointed National Telegraph Bureau Chief for Ethiopia.

Dahiry has already published top insights and articles about the current Ethiopian status on National Telegraph and his works on the entire East African States have been published on local and international news outlets and are also cited on various sites.

The founding Director and CEO of National Telegraph, Eric Tataw confirmed Dahiry’s appointment late Saturday, November 30, 2019, and congratulated him, urging he works within the ambit of Journalistic tenets and with the desire to assist people within his region of command and beyond to get firsthand information and make informed choices.

Eric Tataw said Dahiry was selected from a list of other Ethiopians vying for the top job, adding Dahiry’s appointment is based on a genuine assessment he will deliver giving his interests in politics, economics, and developmental ambits and he is a round writer with in-depth experience on journalism.

Eric Tataw has also urged partners in the East African country and environs to assist Dahiry in his new duty, facilitate his works and carry out all transactions with him without fear of misrepresentation.

Dahiry told the CEO of National Telegraph, an international multi-media production company headquartered in Washington DC, USA, he was extremely delighted to be awarded the top job in Ethiopia. He also promised to remain professional in the discharge of his duties. 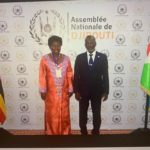 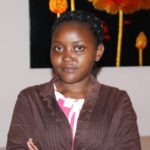 Western Union Has Been Kaput!