Home » An In-depth Optic On Somalia’s Al-Shabaab Like Boko Haram In Cameroon, Nigeria, And Lessons From Mali’s Tuareg.

The rise of Al-Shabaab in Somalia has created severe security threats as this growing phenomenon has resulted in death, destruction and instability in the cities where the terrorist group operates.

Social, political and economic factors can be attributed to the causes of this threat. The actions of Al-Shabaab have left thousands of people dead and displaced. It has also made neighboring countries susceptible to bombings and kidnappings.

Coordinated and harmonised efforts to defeat Al-Shabaab are underway among and between states, together with regional, continental and international organisations.

These efforts include collaboration on border security, sharing intelligence, and the development of strategies and frameworks, such as the African Union’s (AU) Counter-Terrorism Framework and the United Nations’ (UN) Global Counter-terrorism Strategy.

However, since the infamous 9/11 attacks in the US, military intervention has become synonymous with countering terrorism and violent extremism.

In spite of this hard power approach, the threat is still very much prevalent. Military intervention has brought its own challenges, in the form of a high number of civilian fatalities and damage to infrastructure.

This then begs the question: what would an alternate approach be to preventing and responding to terrorism and violent extremism that would minimize the high fatality rate and level of destruction?

In this article, National Telegraph first seeks to provide a brief overview of the network of Al-Shabaab. It then outlines the frameworks that have been developed to respond to this threat. Third, the article examines the military interventions undertaken in response to the extremist threats this far, with reference to Somalia.

Fourth, the article explores alternative approaches to counter-terrorism and violent extremism, with particular reference to Mali. This is followed by recommendations to adopt soft power approaches in countering these threats.

The Network of Al-Shabaab In Somalia.

Al-Shabaab, meaning “The Youth” in Arabic, is the largest militant organization fighting to oust the Somali government and the foreign military presence supporting it. The group seeks to control territory within Somalia in order to establish a society based on its rigid interpretation of Shariah.

Although based in Somalia, Al-Shabaab also conducts attacks in neighboring countries, notably Kenya.  Al-Shabaab emerged as an independent organization around December 2006 after breaking away from the Islamic Courts Union (ICU), for which it had served as the military wing.

Since the late 2000s, Al-Shabaab has had close ties to Al Qaeda and has sought to frame the Somali struggle as part of a global jihadist movement. The group has engaged in bombings, suicide attacks, and armed assaults, especially against Somali government targets, Christians, private civilians, foreign troops, diplomats, and aid or nongovernmental organization workers.

Efforts in Preventing And Responding to Al-Shabaab.

Whilst military intervention is necessary in some cases in the short term, the result of such intervention has resulted in the loss of lives, human rights violations, mass displacements and damage to infrastructure.

In 2007, the AU’s Peace and Security Council (PSC) created AMISOM. Initially, with a six-month mandate, the mission aimed to provide support to the transitional government of Somalia and to take all necessary measures appropriate and, in coordination with the Somali national defense and public safety institutions, to reduce the threat posed by al-Shabaab and other armed opposition groups,12 among other responsibilities.

AMISOM has been working together with the Somali National Army (SNA) and through coordinated efforts during the course of 2014, gained back some towns initially seized by the insurgents. Whilst some progress has been made by AMISOM and the SNA’s counter-efforts, al-Shabaab continues its attacks, specifically targeting these military operations.

Mali is a good example of how it responded to the Tuareg rebellion. This rebellion, led by the National Movement for the Liberation of Azawad (MNLA), had the backing and support of Ansar Dine, an insurgent group operating in Northern Mali that sought to impose Sharia law.

In response to the crisis, the AU and the Economic Community of West African States (ECOWAS) adopted a dual-track approach: dialogue with the MNLA, as well as adopting military intervention.

In December 2012, representatives of the Mali government met with both the MNLA and Ansar Dine, where a ceasefire was achieved. During these talks, both groups agreed to drop calls for independence and the imposition of Sharia law.

It should further be noted that as a result of the mediation, legitimate demands by the MNLA were met to an extent, through the Algiers Accord, and the MNLA now has more autonomy in the Northern region of Mali.

Thereafter, French military intervention was implemented through the United Nations Security Council Resolution 2071 to push back insurgent groups who continued to pose a threat to the country. The intervention was successful to some extent, but sporadic attacks continue to take place.

One lesson that can be derived from this example mentioned here is that attempts at dialogue and mediation produced some positive results. These attempts provided an opportunity for the perpetrating groups to present their grievances and have these issues addressed, to an extent, as in the case of Mali.

The second lesson is that where mediation and dialogue took place, although it may have not resolved the conflict, the ceasefires prevented further violent conflict from occurring for a period of time

It is important to note that in 2017 elected President Mohammed Abdullahi “Farmajo” indicated his intentions to open talks with al-Shabaab, and should they refuse, this would potentially lead to military intervention.

Assessing the positive and negative consequences of military interventions have led to the consideration of alternatives, particularly the benefits of using soft power approaches.

Enhancing the use of mediation: Mediation is an effective soft power approach for resolving conflicts. It entails resolving conflict through a political settlement, which calls for a process of inclusiveness that represents all sectors of society and those directly affected by the conflict.

This would ideally include the representation of women, youth and perpetrators. An inclusive process is beneficial, as it provides vital information on how various groups are affected by the conflict. It also provides the opportunity for perpetrators to raise their grievances, thus providing insight on some of the root causes that lead to terrorism and violent extremism.

A challenge of mediating with armed groups is that it may present the notion that the state is conceding to an armed group or showing weakness. However, mediation seeks to “merely acknowledge the existence and exhibit a pragmatic will to end the conflict, putting ideology and doctrine aside”.

Sharing Of Information And Research to Counter-Terrorism And Violent Extremism:

The paucity of vital information still remains a challenge for Somalia, as extensive research is required to analyze and understand threats and vulnerabilities in countering terrorism and violent extremism.

Furthermore, Somalia has a responsibility to understand differing interests among groups, and dialogue creates an opportunity to bring about this understanding. Tools and resources that promote research and the sharing of information are an important avenue to counter-terrorism and violent extremism.

A better understanding of the causes of this manifestation and the ways in which extremists operate will assist in finding creative approaches to countering such groups. The establishment of the ACSRT is a positive example in this regard.

Enhance The Use Of Humanitarian Diplomacy:

It is important to note that engagement with armed groups does not necessarily mean that there is an agreement to their demands. It may not guarantee a result, but it can present an opportunity to address and provide assistance to humanitarian needs.

This can serve two vital purposes: having access to those in need of humanitarian assistance where it is urgently required as a result of the conflict and using this as an opportunity to open considerations for dialogue and as an entry point for mediation.

Strengthening The Link Between Development And Peace Processes:

Whilst mediation is one effective tool, there are other soft power approaches that speak to improving the political, social and economic pillars of society – which would, in effect, weaken the elements that promote insurgency groups.

From a social perspective, there need to be rehabilitation efforts for local and foreign fighters, so that they are reintegrated into society and do not feel the need to continue the cycle of violence.

This is a necessary and essential countermeasure in preventing the continuation of terrorism and violent extremism. While it is clear that some foreign fighters return home hardened and committed to violent extremism, others do not. They find themselves disillusioned by the gap between the propaganda and the reality of foreign conflict.

Collaborative efforts and engagement initiatives cannot be limited to the role played by continental and regional actors. It is important for Somalia to take the lead in initiating engagements at a national level on ways in which to improve development processes, while also reaching out at a community level to gain a better understanding of the dynamics among the tribal communities.

Somalia has a responsibility to create an enabling environment that promotes employment for youth. The youth in a fragile state, who often find themselves unemployed, are easily manipulated into joining and continuing the cycle of extremism.

Thus, Somalia’s role in creating an environment in which sustainable development will be enhanced could possibly limit the influence of Al-Shabaab from gaining youth support and more recruits.

The factors that contribute to Al-Shabaab’s violent extremism are complex, and the way in which this threat is countered can create further complications. Military intervention is a common solution to address terrorism and violent extremism.

While it is an effective short-term solution, it has led to further hostilities, such as reprisal attacks, as well as a high death toll of civilians, mass displacements and damage to infrastructure. It is therefore essential to explore alternative approaches that can minimise human suffering while addressing the threat itself.

The need to adopt soft power approaches is a long-term but necessary solution to resolve the threats of terrorism and violent extremism effectively.

It should, therefore, be a priority for all stakeholders – from the international to the local levels – to collaborate and harmonise efforts to address this threat. Attempts at dialogue and mediation are vital soft power approaches that should be engaged to counter-terrorism and violent extremism. Isn’t this similar or exactly the same as Boko Haram in Cameroon, Nigeria, and environs? If your answer is as honest as mine; it would do the governments of these regions no harm to review this National Telegraph recommendation. 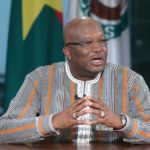 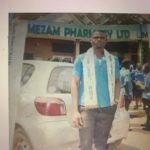