Home » An Iron Tirade, ADDI Hits Back At China Over Racist Attacks On Africans.

African migrants around the globe have warned president Xi Jinping of the People’s Republic of China against the mistreatment of Africans in China.

Under their umbrella organisation, African Diaspora Development Institute (ADDI) expressed fear of having diplomatic relations of China eroded with Africans and blacks over humiliations, ill-treatment, and belittlement displayed by Chinese in cities across China.

“Your Excellency, the abuse of Africans in China is tantamount to racism, discrimination and a serious violation of human rights. It is in the spirit of fairness and respect for human rights that we urge you in the strongest of terms, to put an immediate end to the harassment, intimidation and inhumane treatment meted against our African brothers and sisters, sons and daughters living in your country. We demand immediate reciprocity,” the statement reads.

The warning comes after videos of Africans being sent out of residential houses and shopping malls over fears of Coronavirus caused congested social media, attracting international attention. The Africans were subjected to insults and extreme inhuman treatments. Africans on social media caused alarm, calling for the expulsion of Chinese from Africa.

Ambassador Arikana Chihombori-Quao, former African Union Ambassador to the United States of America and President of ADDI, based in Washington DC, described the incident in China as horror but warned the Chinese must treat Africans in the same way they want to be treated in Africa.

“It’s against this backdrop that over 1.3 billion Africans in the Continent and 240 million in the diaspora unite in horror as we watch our black brothers and sisters, sons and daughters being dragged like wild animals in the streets by Chinese authorities,” she said.

According to Ambassador Arikana Chihombori-Quao, there are over 10 million Chinese living in Africa, with many involved in direct trade and industrial investments. The message that is directly addressed to China’s President, Xi Jinping stated that the incidents are serious violations of rights. The Ambassador stressed that it wouldn’t be tolerated. “The line has been crossed and enough is enough!”

The statement echoes that many Africans have been kicked out of their homes and hotels and are subjected to insults and extreme inhuman treatments. In many incidents, the Chinese have been caught off guard treating Africans inhumanly.

ADDI revealed that the Chinese government is planning to send over 300 million Chinese to Africa by 2030. The same letter dated April 13, 2020, also highlights different scenarios where the mistreatment of Africans by Chinese has been extreme.

In 2016, Africans were shocked by China’s racist whitewashing advertisement depicting a putting a tab of detergent into the mouth of a black, shoving him headfirst into a washing machine then hey presto! He emerged as a fair-skinned Chinese Man, the statement says.

In 2018, a Chinese national was filmed beating his employee for reporting late on work. They also insulted President Uhuru Kenyatta of Kenya. During the Lunar new year celebration in 2018,  Africans were depicted as monkeys.

ADDI calls upon the United Nations to take action against this mistreatment, adding that Africans are being accused of bringing COVID-19, the killer disease to China meanwhile, “the world knows very well that the COVID-19 begun in Wuhan, Peoples Republic of China, NOT Africa.” 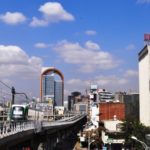 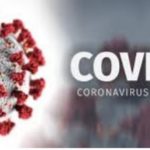 This Is The Country With The Highest COVID-19 Cases In The Horn Of Africa!