Women of the North West and South West Regions of Cameroon, a Central African country have said they wouldn’t take part in this year’s International Women’s Day due for Saturday, March 8, 2019. They gue that their proposals for an end to the deepening Anglophone crisis have gone unheeded, National Telegraph has gathered.

Speaking on “Press Forum” on HiTV Cameroon, a local television channel, the women grouped under the banner of the South West and North West Women Taskforce say the crisis was started by men and the men have refused to listen to the voice of women.

“We as mothers can talk to these children (fighters) whether on the side of the state or the non-state armed groups… We thought that the coordinator of the Disarmament Demobilization and Reintegration Commission would be a woman,” Dr. Beatrice Titanji, one of the members of the Taskforce said.

Titanji went on that this year’s theme does not tie with what they proposed. “We want our voices heard. We want the cards shared so we can play. We are willing to talk with whoever wants to talk with us… We are pleading that people should come to us. We want to be invited by the Disarmament, Demobilization and Reintegration Commission so we can table our proposals.”, she stated.

The spokesperson of the Taskforce, Eileen Manka’a Tabuwe said many women have become slaves because of what is happening and see no reason to go out and celebrate when they are in pain.

“All those who are dying are our children and this is traumatizing to women,” Tabuwe said, insisting that Women in the North West and South West Regions will on March 8 be reflecting on ways to get out of the current crisis.

The two English-speaking regions of the North West and South West have remained tensed following an armed conflict in which the majority of the Anglophones are asking for an Independent State called Ambazonia.

Anglophone militias have been battling regular Cameroon soldiers in a move they’ve called; Self-Defense. During this process, several persons have killed, others displaced, hundreds of houses torched, amongst others. 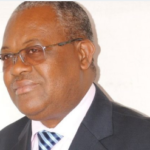 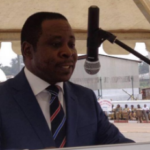