Nobody wants to spend Easter with demands that aren’t religious. Unfortunately for the onetime Cameroon’s most feared leader of the opposition political party, he’s having a bad, if not, his worst Easter.

John Fru Ndi is a Cameroonian politician and founder of the Social Democratic Front, SDF, the then main opposition party in Cameroon founded in 1990.

John Fru Ndi has been up and worried, having a very stressful Easter Sunday, family members told National Telegraph, adding that the SDF Chair has been on phone with a group of unidentified kidnappers.

The Easter is a very bad one for the Chairman, a close aide told National Telegraph. When asked why the SDF boss could be spending Easter in stress, our source said, John Fru Ndi’s kid brother has been kidnapped.

Reports say he was kidnapped after the SDF Chair got into a negotiation with a group of unidentified men, during which he tried to resolve an issue concerning his Cow Farm.

National Telegraph was told that John Fru Ndi’s cows were stolen around Lower Bafut, precisely at Mile 24, a village in Mezam one of the Divisions of Cameroon’s restive North West Region.

Our source continued that Fru Ndi was later called to come for the Cows after he paid three hundred thousand (300.000) francs CFA, approximately some five hundred dollars ($500). Reports say, the perpetrators demanded he sent someone to shepherd the Cows back to base.

Convinced by their soft talks, the Chair decided to send his kid brother,
Kingsley Azeh Ndi in the hope that the Cows would be released to him, said the source.

Our source went on that Kingsley Azeh Ndi was instead kidnapped and is now being held under uncertain circumstances. Reports say this isn’t the first time Kingsley has been kidnapped. Rights groups have condemned the act and are calling on the immediate release of the victim.

No group has claimed responsibility but close aides to the SDF Chair said they have demanded a ransom although details of the exact amount has been concealed from National Telegraph.

Gun battles have ensued and the government has been accused of numerous Human Rights violation, including targeted killings and the burning down of entire villages according to credible reports from the US Ambassador to Cameroon, Peter Henry Barlerin, reputable Human Rights Lawyer Agbor Balla and Bishops of Mamfe and Kumbo.

Meanwhile, insecurity has heightened and kidnapping and ransoming have become alarming with Separatists and the Cameroon government trading accusations as to who’s responsible for such kidnappings. 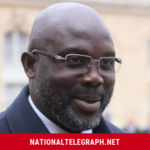 After Snakes Forced Him Out Of Office, President George Weah Sends Out Easter Message. 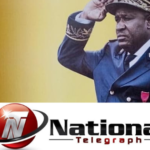 Great work Mr. Eric, Please how can I get an Ambazonian flag, I am in Turkey