Locals in Bali Nyonga, a roadside settlement in Cameroon’s Mezam Division, in the country’s restive North West, continue to mourn the deaths of at least three youths who were brutally murdered by elements of the Cameroon military.

The Cameroon military has carried out one of the world’s most brutal raids in our communities, leading to what we can describe as “the cruelest deaths from these military Incursions”, a friend to one of the victims told National Telegraph from his base in the Diaspora.

One of the victims, Charlie Tankoh, 28, was shot and killed around his residence in Njenka quarter, Sunday, January 19, 2020. After shooting him on his head, soldiers dragged him into his family home and set the corpse ablaze, all together with the house, a source told National Telegraph.

Charlie’s corpse was charred and a bigger part of the house razed. Sources have testified with shreds of video evidence the Cameroon military carried out these “inhuman acts”, according to mourners.

Another victim, Fombon Eugene, a guard at the Bali Cooperative Credit Union was killed at Tset quarter, Friday, January 17, 2020, the same day as a certain Junior who was only 17 when the Cameroon military shot and killed him as he returned from the farm.

Many shops and business complexes, including private residences, were also destroyed in some cases burnt down. The military stormed Nchi Njaws quarter behind the court and set some shops ablaze. The precinct’s daily market was also scorched. Houses were also burnt down at Mbatmandet and Boh Etoma quarters.

The Central African country is in its third year of armed conflict in the country’s English-speaking regions of the North West and South West after a declaration of independence by Sisiku Ayuk Tabe Julius, referred to as President of Ambazonia, the new state rebels are battling to establish.

President Paul Biya called for a National Dialogue, late 2019, to resolve the crisis but ended up politicizing it, political pundits say, adding it was totally boycotted by the rebels. The 86-year-old dictator has now vowed in his New Year’s televised address to his country to crush separatists, referring to those fighting to establish Ambazonia. 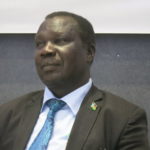 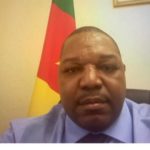 Karen Bass, 6 US Lawmakers Ask Paul Biya To Do The Hardest Thing!