By Eric Tataw with files from Abuja, Nigeria.

Top-ranking Nigerian Lawyer defending leaders of the Southern Cameroons Independence Movement arrested in Nigeria, extradited and detained in Cameroon has updated National Telegraph on the current situation of a case against the Nigerian Government. Barrister Abdul Oroh confirmed to National Telegraph from his Abuja office that the matter has been adjourned.

The matter has been adjourned to Monday January 28, 2019, he told Eric Tataw, National Telegraph’s Editor-in-chief during an exclusive telephone interview, Monday January 21, 2019. Barrister Abdul Oroh who’s one of the lawyers of the Barrister Femi Falana-led Defense team said the matter was adjourned after the presiding judge failed to show up.

Hon Abdul revealed that other court collaborators announced the Judge had an emergency and moved to Lagos for a seminar. Barrister Abdul Oroh again revealed that the matter has now been assigned to Hon
Justice A.I Chikere still of the Abuja Federal High Court IV instead of Hon Justice Ijeoma Ojukwu.

Reports say family members, friends and colleagues from Kano, Zaria, Calabar, Yola, Makuridi and other cities across Nigeria as well as dozens of Refugees in Nigeria wearing T-shirts inscribed @JNera10 were present at the court in solidarity of purpose, demanding Justice.

Sisiku Ayuk Tabe Julius and nine others arrested in Nera, a hotel in Abuja, Nigeria on Friday January 5, 2018 were extradited to Yaoundé, Cameroon, an act that has been described as bootleg. They’re being accused of fueling an armed conflict that has broke out in Cameroon.

They’ve all denounced their Cameroonian Nationality, insisting that they’re of Southern Cameroons aka Ambazonia, a self-proclaimed new nation. Their Lawyers in Nigeria have now sued the Federal Government in Nigeria, demanding that their clients be released from detention in Yaoundé and returned to Nigeria in due process of the Law.

The lawyers argued that based on the African Charter of Human and People’s Rights, the Nigerian Constitution and the United Nations Convention of the Status of Refugees in 1951 in its article 32 and 33, in which its article 33 specifically forbids Refoulment, a French word which forbids the return of a a refugee to a country where he/she has reasonable fear of persecution or anywhere he/she feels unsafe, the Nigerian Government had no right to have extradited them.

Lawyers are also demanding compensation amounting to more than One Hundred Million Naira (₦100. 000.000) per person after they must have been returned to Nigeria, adding that it’s a clean and clear case that the Judge must uphold Justice. 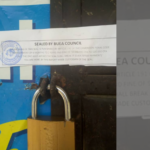 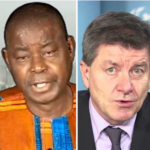 May the almighty God protects against injustice..son of the soil amba most be free. Writing from the war front..