A bomb explosion, Wednesday January 6, 2021, killed at least six persons in Cameroon’s restive North West Region, an incident many say raises fresh security concerns in the Central African country where a continental jamboree is due to start in 10 days.

The African Nations Championship runs from January 16 to February 7, 2021, and the mascot, TARA had toured the country’s South West in December where it is expected to drive up enthusiasm and bring the competition closer to the public especially in the crisis-hit city of Limbe which will host group D matches.

But, the incident, Wednesday that also wounded an unspecified number of persons indicates continuous reports of increased tension and confrontations in the country’s Anglophone regions in a conflict that has already killed over eighteen thousand people, according to activists.

A communication delegate, Rebecca Liwusi Jeme representing Momo, a division in the region was listed alongside five unnamed soldiers in the incident list of dead persons, those familiar with the matter cited an attack from rebels within the precinct.

Sources say an ambush was laid as the victims returned on a convoy accompanying the Senior Divisional Officer for Momo to install the Divisional Officers for Ngie and Njikwa, before a locally-made bomb was detonated killing the

At least over two million people are either internally displaced or are living in Nigeria and neighboring countries as refugees as violence continue to grow in these regions over the last few weeks, including systematic attacks on schools and unarmed civilians.

There are increasing concerns from many the violence could easily extend to Limbe and Buea where the Brave Warriors of Namibia are in Group D with fellow Southern Africans Chipolopolo of Zambia and the Taifa Stars of Tanzania and Guinea will be based.

Rebels have already warned they can’t guarantee the safety of any player in these cities where confrontations with government forces are likely to occur.

Multiple quarters have called on the world football governing body – FIFA and the Confederation of African Football – CAF to move matches from Limbe to any other region of the country other than the Anglophone regions, citing the security of players.

On Friday November 30, 2018, CAF Executive Committee met in Ghana’s capital, Accra, and stripped Cameroon off the hosting of the 2019 Africa Cup of Nations (AFCON), citing security concerns, among others. 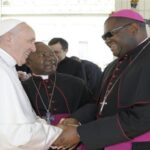 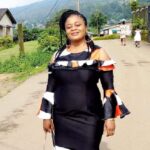