The wife of the runaway second class Chief of Kake I Bongwana, a war torn village in Kumba I Sub-division, Meme Division of the embattled South West Region of Cameroon has been appointed Board Chair of SONARA, Cameroon’s lone Oil Refinery Company.

Beltha Ndoh Bakata who hails from Marumba II in Mbonge Sub-division still in Meme and married to Chief Ndoh Oscar, was appointed by a Presidential Decree read on national radio, Monday January 14, 2019. The new Board Chair who replaces John Ebong Ngole is also in charge of projects in the Bakassi Area after she took over from late Jacob Lekunze.

This former Lecturer of the Department of Journalism and Mass Communication in the University of Buea who before her appointment to SONARA has been serving as Special Adviser at the Prime Minister’s Office is also a fervid supporter of President Paul Biya’s ruling CPDM party.

The husband, Chief Ndoh Oscar is a retired Senior staff of the Cameroon Development Corporation (CDC). Beltha is now first female Board Chair and the second elite from Mbonge currently in the Board Chair position with Chief Justice Benjamin Mutanga Itoe of CDC. 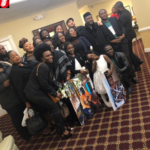 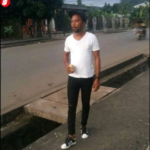