May explained in a speech outside Downing Street, Friday May 24; on the failure to deliver Brexit. The PM acknowledged she did all she could to deliver Brexit, adding it was a matter of “deep regret” that she’s unable to do so.

May opened her speech that “ever since I first stepped through the door behind me as Prime Minister, I have striven to make the United Kingdom a country that works not only for a privileged few but for everyone”

She went on that back in 2016, the British people were handed the choice and they voted to leave the European Union. As emotional as May looked, she added that in a Democracy, you have a duty to grant what people decide.

May went on that she has done her best to do that, adding she negotiated the terms of exit and new relationship with closest neighbours that protect jobs, security and union.

She also said she has done everything to make it work, including trying three times. She said it was great she believed in perseverance against all odds towards success, adding it’s in the best interest of the country for a new Prime Minister to lead that “effort”

“So, I’m today announcing that I would resign as leader of the conservative and Unionist party on Friday the 7th of June so that the successor can be chosen”, May said looking extremely emotional.

The Queen is fully informed of the decision, May revealed, including facts that party hierarchy has been contacted to begin the process of electing her replacement.

“It is and would always remain a matter of deep regret to me that I haven’t been able to deliver Brexit”, said May, adding that, in order to deliver Brexit, her successor would have to fine consensus in Parliament where she failed to.

She was specific that such a move can only be achieved if both sides are willing to compromise. She also quoted Sir Nicholas Winton, a British humanitarian who organised the rescue of 669 children, most of them Jewish, from Czechoslovakia on the eve of World War II in an operation later known as the Czech Kindertransport who advised her that compromise is not a dirty word and that life depends on compromise.

The deficit is almost eliminated, the National debt is also falling, building more homes and protecting the environment, providing more jobs, May mentioned among others as part of her achievements.

May concluded in tears that as the second female Prime Minister but certainly not the last, she resigns with no ill-will but with enormous and enduring gratitude to serve the country she loves.

Brexit is an abbreviation for “British exit,” referring to the U.K.’s decision in a June 23, 2016 referendum to leave the European Union (EU). The new Brexit deadline for Britain to ratify the withdrawal agreement is October 31.

The deal May negotiated with the EU has been rejected by the House of Commons three times and she has faced a backlash from her MPs against her latest Brexit plan, which included concessions aimed at attracting cross-party support. 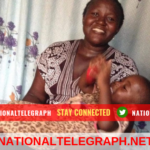 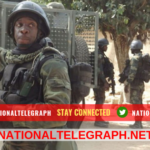