A commotion that occurred Tuesday, February 12, 2019, at Port Harcourt, the capital and largest city of Rivers State in Nigeria has left at least fourteen (14) people dead and several others injured, a source at the Port Harcourt Teaching Hospital told National Telegraph.

A mammoth crowd had converged on Adokiya Amasieamaka Stadium, a stadium in the city of Port Harcourt at a campaign rally of incumbent Nigerian President, Muhammadu Buhari before the stampede occurred, National Telegraph learned.

Nnamdi Omoni, of the Rivers State Police Command, issued a statement to this effect. Reports say President Buhari had finished his speech and was leaving when a crowd that tried forcing its way through a partly locked exit would later see people falling.

Other sources say many people who fell were trodden over as they tried to force themselves through a locked exit, resulting in eight dying on the spot and six afterward, bring the toll to fourteen. Many others are also being treated in near hospitals from the injuries they sustained.

Muhammadu Buhari, currently serving as President of Nigeria seeking reelection on the ticket of All Progressives Congress (APC) would have to face Atiku Abubakar who served as the 11th vice-president of Nigeria from 1999 to 2007 under the presidency of Olusegun Obasanjo running for Presidency under The People’s Democratic Party (PDP) 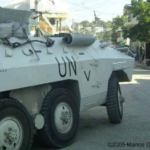 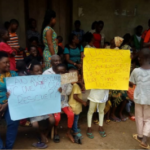