A section of members of parliament in the Federal Government of Germany (The Bundestag) has expressed worries over the involvement of Cameroonian military inciting havoc and conflict in the country’s two English-speaking regions of the South West and North West, Sarah Mazirwe monitored from Kampala, Uganda.

In the letter dated December 10, 2019, written by Amira Mohamed Ali, Dr. Dietmar Bartsch and other members of the Die Linke or The Left, also commonly referred to as the Left Party, a democratic socialist political party in Germany, National Telegraph saw addressed to the German Government was concerned about assessing the legitimacy of President Paul Biya.

Biya has been Cameroon’s president since 1982 and was elected in October 2018 for the seventh time for a seven-year term. The MPs wanted to know if the federal government of Germany had a clue on the state of human rights violations, peace negotiations between the two rival groups and refugee influx and displacement caused by the conflicts.

The letter also had inquires to know if the German government has been involved in solving Cameroon’s conflicts. “Which measures of conflict prevention, peace promotion and conflict resolution have been taken by the Federal Republic of Germany in the committees at its disposal since the beginning of the armed conflict in 2016?” one of the questions paused to government.

The MPs also want to know if there is a possibility of their government conducting mediation in the resolution of conflicts, regardless of the African Union’s claim of African ownership to resolve the conflict.

Cameroon is in its third year of armed conflict in the country’s English-speaking regions of the North West and South West after a declaration of independence by Sisiku Ayuk Tabe Julius, referred to as President of Ambazonia, the new state rebels are battling to establish.

Cameroon’s 86-year-old dictator vowed in his New Year’s televised address to his country to crush separatists, referring to those fighting to establish Ambazonia. 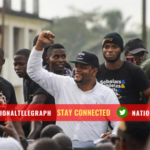 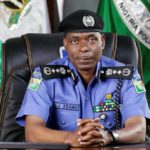