All details in this article are compiled by National Telegraph. It’s the first time any news website/organ or journalist is writing Captain Tataw’s authentic biography., including his real place of birth, number of wives, children, education, siblings, etc… We have been on phone with his family the last four days. Note that the former captain’s spelling of Eta is without an ‘h’, whereas his other siblings’ have an ‘h’

The ci-devant captain of the Indomitable Lions died in the country’s capital, Yaoundé, Friday July 31, 2020, after a battle with Diabetes and respiratory track infections, according to Daniel Nsoh Etah.

According to an official burial leaflet, a copy of which National Telegraph has obtained, Stephen Eta Tataw’s funeral program runs from Monday August 24 through Saturday August 29, 2020.

Solemn prayer assemblies will be held at the family residence in Soa and at the deceased’s residence in Dragages, all neighbourhoods in Yaoundé from 6:00pm to 9:00pm from August 24 through August 27, according to the program.

The leaflet indicates the corpse will be removed at 3:00pm on Friday August 28, 2020, from the Yaoundé Central Hospital morgue where national honours will be conducted.

Laying in state of the corpse will hold at the Yaoundé Multipurpose Sport Complex from 6:00pm same Friday, a part of the program reads.

A funeral mass will be held at the complex same day, followed by tributes, family sources said, adding that the wake will end at 9:00pm.

On Saturday August 29, 2020, another funeral mass will hold at the Basilica of Mary Queen of Apostles, Mvolyé Yaoundé from 10:00pm, family members confirmed.

The football icon will be buried at the Mvolyé cemetery, Saturday, his elder brother said, specifying that burial is “strictly for family.”

The erstwhile footballer was born on March 31, 1963 in Moliwe, a farming community in Cameroon’s South West Region, close to the tourist destination of Limbe.

While he was 7, his father, a driver for the Cameroon Development Corporation (CDC) was transferred to Ekona in the 70s. Tataw grew up in Ekona and became a national symbol from that small South West locale.

The former captain was married to two wives. His first wife, Gladys Tataw from Manyemen village in Nguti Sub-division, Kupe Muaneguba Division in the country’s South West Region bore him a son (now in his late 20s). Gladys and her son both live in the USA.

Tataw’s second wife, Jules Tataw from Maanmenyi in Bikok Sub-division of the Mefou et Akono Division in the country’s Centre Region died in 2018. Jules had three children for Tataw, two boys and a girl. Their last child died 6 years ago according to family sources.

Tataw is survived by one of his wives, two sons, one daughter, and seven siblings (five girls and 2 boys).

His daughter, Ivanna Tataw, 26 is a gendarme and his son, Tataw Eta Stephen Junior, 16 is a form four student in Government Practising High School, Yaoundé.

Tataw started his primary education at the then Cameroon Baptist Convention (CBC) Moliwe , before moving to Government Primary School Ekona Yard when his father was transferred in the 70s. He obtained his Ordinary Level Certificate from the then Baptist Boys Secondary School (BBSS), Buea.

He then moved to the Cameroon College of Arts, Science and Technology (CCAST) Bambili for his Advanced Level which he ended up completing at Nacho Comprehensive High School Bamenda all in the country’s North West.

Tataw made his debut for the Cameroon national football team in December 1986, in a Central African Customs and Economic Union (UDEAC) Cup game against the Republic of the Congo in Malabo, Equatorial Guinea and went ahead to become an iconic captain.

The right-back is adorned in the minds of most Cameroonians following his roles as captain of the Cameroon national team at the 1990 and 1994 editions of the FIFA World Cup.

After becoming the first African captain to have led his team to the quarter-finals of the World Cup in 1990 where they lost out to England 3-2 after extra-time, he led Cameroon to the 1994 World Cup in the United States in disappointment, crashing out of the group stage, finishing last in Group B behind Brazil, Sweden and Russia.

In the 1992 Cameroon Cup final against Diamant Yaoundé, Tataw secured victory for his club –  Olympic Mvolyé when he won a penalty kick from which teammate Bertin Ebwellé struck the only goal.

He became the first African footballer to play for a professional Japanese club when he joined Tosu Futures in 1995, spending only two years after the club collapsed following the withdrawal of its primary sponsor in 1997.

Tataw was a member of the technical directorate of the country’s football federation, FECAFOOT. He was among officials on the agenda to preside at the draws of 2020 Africa Nations Championship, which was to be held in Cameroon but postponed from April 4 and 25, to January 2021 due to COVID-19.

When his death was first announced, many prominent players took to social media to express their sympathies and grief, including Cameroon’s most-capped player and former captain, Rigobert Song who described the 1990 captain as an “emblematic captain.”

“I had a personal relationship with him. I feel very indebted to him. He was an emblematic captain. I had the opportunity to know and meet him during the 1994 World Cup and then I was young. I was with seniors who played with him in 1990. He greatly touched my life… he was modest and very present in the field of play and when I became captain, I think I had the same spirit,” Song said. 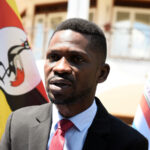 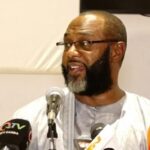