Activists in the West African landlocked country of Burkina Faso have been protesting against what they describe as hypocritical tributes to the country’s defense forces, National Telegraph has gathered.

On Saturday October 26, 2019, members of government, political and traditional rulers, leaders of associations and men of God gathered at the Issoufou Joseph Conombo Stadium in the country’s capital, Ouagadougou to pay tributes to soldiers who are committed in the fight against terrorism in the Northern part of the country.

This meeting was organized to consolidate unity and national cohesion in order to galvanize support against terrorism and to also pray for and listen to testimonies from victims of terrorism, National Telegraph has learnt from different speeches during the ceremony.

The initiative has been welcomed by some of Burkinabè’s activists with bitter taste, as National Telegraph noticed from their Facebook pages.

According to Naïm Toure, the most famous of them all, “The soldiers are under-equipped, some do not even have good uniforms, adding that they are hungry at the front and are demoralized.

He furthered, referring to the gathering as that of comedians. “Meanwhile, these comedians of unscrupulous politicians find nothing better to do than to undermine themselves, draped in their party clothes and jiggling at the stadium,” he said.

He described the gathering as the height of the hogwash! At the same time, the soldiers and their relatives are suffering and dying silently”, Naïm has written on his Facebook wall, Sunday October 27, 2019.

For other activists, this meeting of support to defense forces turned into a political in favour of the ruling party, the People’s Movement for Progress (MPP), led by the current president of the Republic, Roch Marc Christian Kaboré.

“Our defense forces are not stupid and will not be used to beef up your campaign. The people always have the last word; do not forget it”, Aminata Rachow reminded authorities late Saturday October 26, 2019, on social media.

Web influencer, Wilfried Tiemtore has taken a political leader of opposition, Zephirin Diabre, as an example to follow by power holders. “Real support needs to materialize on the pitch and not on football pitches.

In these images we see the man who will replace RMCK in 2020, supporting the staff of the gendarmerie, the fire brigade and police in Boromo. Here is what we called a statesman: Zéphirin Diabré”, he posted on Saturday October 26, 2019 at 2:44PM in a Facebook Group named; Tirs Croisés 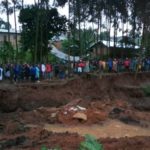 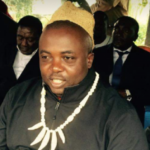