The entire Burkina Faso, a landlocked country in West Africa begins the commemoration of the 5th Anniversary of a popular insurgency which had led to the resignation of the then president, Blaise Compaoré, after spending 27 years in power.

The event runs from Wednesday October 30, 2019 through Thursday October 31, 2019, National Telegraph has been told. Within the backdrop of the event, civil societies issued a statement, Friday October 25, 2019. According to the declaration, Civil Society Organizations (CSO) hailed citizens of Burkina Faso who are facing terrorist attacks.

“Our thoughts are also with all Burkinabè, civilians and soldiers, victims of the terrorist barbarism whose aims are to punish our people for having had the courage to hunt Blaise Compaoré and some of his supporters, and whose aims is to make our people capitulate or to renounce the realization of an anti-imperialist national revolution”, CSO wrote.

Regarding the achievements of the revolution, civil society organizations are disillusioned with the country’s governance during this post-insurgency period: “The commemoration of this 5th Anniversary is held in a national context marked by: the systematization of corruption, fraud, misappropriation of public funds, impunity as a mode of governance. To this must be added the high cost of living, evidenced by the latest increase in oil prices, the lack of prospects for the youth”, civil society noted.

Human rights defenders also complained about the decline of democracy under the current regime of President Roch Marc Christian Kaboré. “After criminalizing the people’s uprising in their criminal code, the People’s Movement for Progress – MPP, the ruling political party, embroiled in its management crisis of the neo-colonial state, outright anti-democratic and fascist power.

The Civil Society has accused one of MPP’s mayors. As you have seen recently, the MPP Mayor of the city of Ouagadougou has arrogated the right to ban twice marches and meetings”, civil society noted this of Mayor Marin Casimir Ilboudo.

Civil Society organizations have announced that the people of Ouagadougou and surrounding areas, especially the youths are invited to a panel that will be held on Thursday October 31, 2019 from 8am at the Ouagadougou Labour Exchange on the topic: “Popular Uprising of 30 and 31 October 2014, Five Years Later: Review and Prospects”

Blaise Compaoré is a Burkinabé politician who was president of Burkina Faso from 1987 to 2014. He was a top associate of President Thomas Sankara during the 1980s, and in October 1987, he led a coup d’état during which Sankara was killed.

He later introduced a policy of “rectification”, overturning the leftist and Third Worldist policies pursued by Sankara. He won elections in 1991, 1998, 2005, and 2010 in what were considered unfair circumstances.

His attempt to amend the constitution to extend his 27-year term caused the 2014 Burkinabé uprising. On October 31, 2014, Compaoré resigned, whereupon he fled to the Ivory Coast. 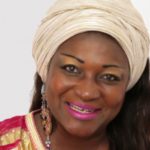 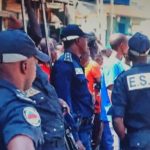