The health condition of Djibril Yipènè Bassolé, Burkina Faso former Minister of Foreign Affairs and Regional Cooperation is deteriorating, National Telegraph has learned from a source in Zone du Bois, a high security prison in Ouagadougou, capital of the West Africa country of Burkina Faso.

Due to his illness, Djibril Bassolé is not facing the military court of Ouagadougou as the trial of the 83 accused involved in an aborted coup of September 2015 is unfolding and about to end, National Telegraph noticed.

A faithful of the Blaise Compaoré’s regime sacked at the end of October 2014 by popular uprising and in jail since October 2015, Djibril Bassolé has been accused of involvement in a 17th September 2015 aborted putsch against the transitional government after Compaoré was ousted in October 2014.

The former Minister is asking for healthcare, sources say, adding that he was in Tunisia last March for health reasons and came back to Ouagadougou in May. National Telegraph has learned from sources in prison that Djibril needs another evacuation but this time around to France.

According to official sources, the high rank officer of army can’t be granted another chance because it can be an occasion for him to flee from his case in military court, owing to his relationship at the international level.

Following a September 2015 failed coup by the Regiment of Presidential Security, which was closely associated with Compaoré, Bassolé’s assets were among those frozen by state prosecutors on 26 September 2015 although they were subsequently unfrozen on 8 October 2015.

Bassolé was arrested on 29 September for allegedly supporting the coup even though coup leader Gilbert Diendéré declared on Radio Oméga that Bassolé was not involved in the coup. Bassolé insisted that he was innocent and argued, through his lawyer, that he was a “political prisoner”.

According to his lawyer, the accusation was “a blatant lie” and Bassolé was “neither the organizer, an accomplice or a beneficiary” of the coup. He said that the case lacked evidence and was “simply a way of preventing him from participating in the electoral process. 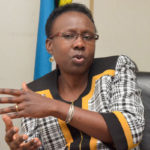 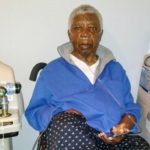