A Journalist in Burkina Faso working with an investigative newspaper, Le Courrier Confidentiel has narrowly escaped an assassination attempt on his life, sources say. His car was also set ablaze.

Yacouba Ladji Bama, Editor-in-chief of Le Courrier Confidentiel narrowly escaped death after a Molotov cocktail exploded at the Journalist’s home in Ouagadougou, Burkina Faso, on the night of January 6 to 7, 2020.

At around 3 a.m the Journalist saw his vehicle on fire. He tried by telephone to alert the sappers in vain. However, thanks to the mobilization of family members, the fire was brought under control and firefighters arrived at the scene and helped put the fire out completely, Le Courrier Confidentiel said in a Facebook post.

Le Courrier Confidentiel furthered that the origin of the fire is perplexing. He was visibly set in motion by a Molotov cocktail thrown on the vehicle parked in the courtyard, the news organ added. Molotov cocktail is a crude incendiary device typically consisting of a bottle filled with flammable liquid and with a means of ignition.

National Telegraph learned from police sources that as of Tuesday, January 7, 2020, the scientific police was deployed on the scene to evaluate the damage. An investigation has been opened to track the perpetrators of the attack, police sources say.

Le Courrier Confidentiel is renowned for investigating corruption and embezzlement in which many Burkinabè leaders are involved. The newspaper revealed in December 2018, a scandal of gold export fraud favored by the Minister of Mines, Oumarou Idani; a case that the Burkinabè Justice opened a trial in August 7, 2019.

Civil society organizations in the West African country such as the National Anti-Corruption Network and the Burkinabe Movement for Human and People’s Rights (MBDHP) condemned what they considered an assassination attempt. 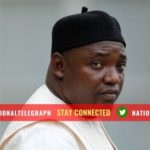 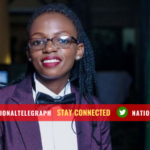