UNAPOL announced, Thursday, January 30, 2020, it was beginning an indefinite strike from Tuesday, February 4, 2020, throughout the country to demand the removal of the Minister in charge of Security.

But Armiyaho Zongo, the Union’s Secretary-General said the lifting of the indefinite strike action comes after a meeting held, February 3, 2020, in Ouagadougou between the trade union and the Prime Minister of Burkina Faso, Christophe Joseph Marie Dabiré.

Zongo said UNAPOL wants to give the government a chance to resolve the problems without taking a toll on the security of the already suffering population. National Telegraph has learned from UNAPOL that the government has been called upon to urgently resolve the issues raised to avoid unpleasant situations.

The police officers were called upon to carry out their missions while remaining alert and mobilized. The Burkinabè police trade union had announced an unlimited work stoppage, stating that despite calls to resolve the problems posed by the police, the Ministry of Security refused to act on their demands.

Among these demands is the regularization of the administrative and judicial situation of 1,200 police officers. UNAPOL has called for the resignation of the Minister Ousseni Compaoré, National Telegraph can confirm.

The police union has accused the Ministry of being more concerned with budget-consuming activities than with the security of populations.

The last police strike dates back to March 6, 2019. This strike culminated on March 8, 2019, in the signing of a memorandum of understanding with the Ministry of Security on improving the working and living conditions of the police.

Sources, however, say the government clearly did not respect the terms of this memorandum of understanding, adding it’s a major vector to the present situation. 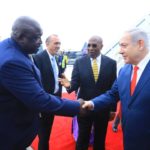 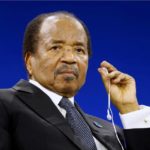