Home » Burning Down Of Mosques Sparks Countrywide Protests In Ethiopia.

Saturday’s night attacks in the city of Mota, East Gojam zone of Amhara Regional State of Ethiopia, left several mosques completely burned down and dozens of people killed inside the mosques.

The attack also targeted a Muslim-owned business center which, according to a local police officer, was both “burned and vandalized.” Angry mobs attacked the Grand Jemihul Heirat Mosque and three others which a video circulating on social media showed cheering and singing extremists with the background of a mosque burned down to ashes.

Prime Minister Abiy Ahmed who commented on the incident late Saturday, December 21, 2019, said it was carried out by extremists. The PM also said the act is horrible and unacceptable and promised not to allow extremists to corrode his country’s reputation for religious tolerance.

The local Muslim community described the incident as a threat to religious intolerance and could pose a threat to the stability in Ethiopia. At least five people suspected of the arson were apprehended Saturday, a regional spokesman, Getnet Yirsaw said in a Facebook post.

Some sources revealed that religious tensions between Orthodox and Muslims raised to a high level in the Amhara region, while some portrayed as a “horrific” place to wear Islamic attire. In the center of Amhara, citizens are in fear of being bullied and or sometimes killed.

This incident has sparked widespread protests in Oromia and Afar regions,  which are predominantly Muslim regions in Ethiopia. While some regional states like Somali regional states which 100% is believed to be Muslim restrained to protest to show solidarity with the Victims and denounce the shameful acts that could incite religious inter-communal conflicts to destabilize the country. 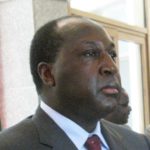 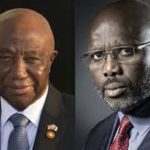