The indictment bill which was filed at the Kanifing Court but later transferred to the Special Criminal Division in Banjul after officials described the case as a capital offense.

“The indictment bill presented by Prosecutor Touray indicated that the accused, Ismaila Ndong, a taxi driver on 4 December, 2019, at Bakau New Town, in the Kanifing Municipality of the Republic of The Gambia, robbed one Fatou Njie with a knife…”, parts of a press release has said.

A magistrate, P. Sarr-Mendy described the case a capital offense adding that the Kanifing Magistrates Court does not have the mandate to deal with such cases as it’s a subordinate. She later referred the case to the Special Criminal Division in Banjul.

Ndong was at large but earlier this week, the office of the Inspector General of Police, made a statement announcing the arrest of Ismaila Ndong, a taxi driver from new Street, Banjul for his involvement in the  kidnapping, raping, and violent extortion of women within the Bakau area. 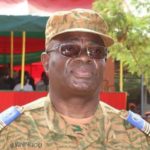 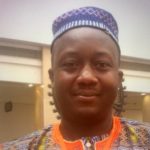