The Divisional Officer (D.O) for Widikum, an administrative unit in Momo Division, of the conflict-hit North West Region of Cameroon has called for a preparatory meeting in view of the celebration of the 2019 National Youth Day in the Sub-division crippled by conflict.

In a communiqué published Wednesday January 23, 2019, Mboh Barnabas Peliangha called on the Mayor of Widikum, Sub-divisional delegates, Heads of Services, School Principals, Traditional, Political and Religious leaders to take part in a preparatory meeting due to hold on Tuesday January 30, 2019, at the c room of his office.

Observers and some inhabitants of Widikium have expressed worries over the Divisional Officer’s move, which they fear could provoke a counter-reaction from Pro-Independent Anglophone fighters, pushing for the restoration of the former independent territory of British Southern Cameroon, now North West and South West Regions of Cameroon.

Pro-Independent fighters in one of the moves to disassociate the territory from any activity of the government in Yaoundé, Cameroon, called for banned activities leading to, and the commemoration of Cameroon’s National Youth Day across the North West and South West Regions. Armed groups have already called for a lockdown this February.

Leaders of the Independence Movement and Restoration forces announced a lockdown of the territory from February 5 to 14 to frustrate attempts commemorate this event build for February 11. There are fears confrontations between Cameroonian soldiers and Pro-Independence fighters may increase in the days ahead.

The United Nations has released an official statement detailing the Humanitarian situation in the two restive Anglophone English-speaking Regions, Thursday, January 24, 2019 in which the UN Resident and Humanitarian Coordinator for Cameroon Allegra Baiocchi said around 4.3 million Cameroonians, mostly women, and children are now in need of lifesaving assistance.

Allegra Baiocchi emphatically stated; “Cameroon today can no longer be a forgotten crisis; it needs to be high on our agenda.” Locals have however blamed the UN for only making statements while the military continuously kill children, pregnant women, health care providers, amongst others. On Friday January 25, ten (10) unarmed youths were rounded up and butchered by the military in Mpundu Balong, a farming community in the country’s South West. 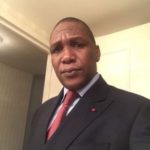 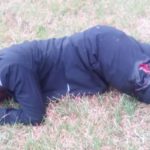