Cameroon’s presidency said Tuesday, April 21, 2020, a commission of inquiry it created to investigate a mass killing of civilians in its restive North West region has faulted its own army.

The raid took place on Valentine Day – Friday, February 14, 2020, in Ngarbuh, a quarter in Ntumbaw village in Ndu town – Donga Mantung, one of the region’s restive divisions, National Telegraph confirmed.

The commission led by Chamuta Divine Banda, President of the country’s National Commission on Human Rights and Freedoms (NCHRF), has recommended that security personnel who commanded the February Ngarbuh operation be disciplined and face the long arm of the law.

According to the establishments of the inquiry, Nyiangono failed to supervise the operation on 13 and 14 February 2020, which was carried out by his troops, even when he knew the prevailing high intercommunity tensions in Ngarbuh villages.

Baba submitted a biased report, with concocted lies about the operations. His submissions were different from what the commission established on the ground, hence called for his arrest.

The commission also pinned a gendarme officer, Sanding Sanding Cyrille, and Gilbert Haranga to be arrested. Haranga and Sanding according to the findings participated in assisting the death and burning of houses that left many people with no hope for the future.

In its February incident report on Ngarbuh, Human Rights Watch documented soldiers killed 21 civilians, including 13 children and a pregnant woman.

The UN also cited the incident, stating 23 civilians had been killed including 15 children and two pregnant women. Other on-the-ground reports had put the death tally above 40.

Cameroonian authorities, including at least three top cabinet ministers – Ministers of Defense, Communication and Territorial Administration, including North West Governor refuted all allegations and instead blamed it on armed separatists.

President Paul Biya would later set up on 17 February 2020, a Joint Commission of Inquiry amidst international pressure, including from the Vatican.

The commission was instituted to shed light on the circumstances under which the tragic events occurred and to establish the responsibilities of various actors.

The commission also advised President Biya that Haranga and Sanding be arrested with ten members of a vigilante committee in Ngarbuh that also contributed to the tragic events.

Other recommendations include for the state to exhume the corpses of the victims to accord them a decent burial and the establishment of a military base in Ngarbuh to ensure better protection of the population.

Despite the acceptance by the country’s President, many say, the sanctions omit one major fact. This is the Yamashita Standard. Also known as the Medina Standard or Superior Responsibility, is the legal doctrine of hierarchical accountability for war crimes.

The 87-year-old dictator in more than two public outings mentioned his personal commitment to using his military prowess to crush the insurgency in its North West and South West.

As Commander-in-chief of the armed forces, the constitution gives him the carte blanche to supervise his comrades-in-arms and truncate their excesses. Legal opinions hold that Paul Biya is liable, adding that the arrest should at least begin with his Minister of Defense.

The Minister also said images on social media at the time were framed, adding that people wanted to tarnish the professionalism of the military which is of international recognition. He also warned that he will personally drag before the law courts, all those who will continue with the propaganda. 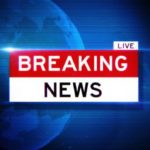