The Divisional Officer (D.O) – the number one state official for Douala III, a Sub-division in Douala the Economic capital of Cameroon has banned the peaceful protest demonstration of the Cameroon Renaissance Movement (CRM), the country’s main opposition political party billed for Saturday April 13, 2019, National Telegraph has been told.

In a release issued Wednesday April 10, 2019, NOUHOU Bello said the protest march poses a threat to public peace. He went further to promise hell to defaulters of the decision, calling on elements of the National Gendarmerie and the police to ensure that the peaceful protest doesn’t hold.

The nationwide peaceful protest was going to take place at Pont Blanchiseur, in the Douala III administrative unit. Cameroon’s Minister of Territorial Administration, Paul Atanga Nji in a press release on Friday April 5, 2019, banned the planned nationwide protest demonstration of the party, qualifying it as a provocation and planned uprising.

The party however hit back in a release, Tuesday April 9, 2019, accusing the Minister of violating article 8/2 of law number 90/55 of 19 December 1990 which gives authority only to D.Os to ban public manifestations in Cameroon.

The party also accused the ruling CPDM party and Biya Regime of systematically working to dissolve the CRM and silence the opposition in Cameroon. They equally decried the arbitrary arrests of their militants including the National President, Maurice kamto who is is detained with over a hundred of his supporters in Yaounde, since January 28, 2019.

Kamto competed in the country’s Presidential Elections and went on to declare he won. He later challenged the results at the country’s Constitutional Council where the Council’s ruling was considered by many Cameroonians as jaundiced. Kamto believes the Electoral Commission imputed figures to favour the incumbent especially as elections were boycotted in the North West and South West Regions buried in an armed conflict.

Others have accused Biya 85, in power since 1982 for desperately holding to power. On Saturday, January 26, 2019, at the behest of Kamto, Cameroonians observed peaceful demonstrations in Douala, Yaoundé, Bafoussam and in other cities. A mammoth crowd attended the protest, denouncing what they term Electoral Holdup.

Kamto was then arrested and charged with Rebellion, Sedition, Insurrection, Inciting Violence, Disruption of Public Peace, Complicity, Association with wrongdoers and Hostility against the nation. Since then, his supporters have been organizing protests though irregularly to demand for his release. 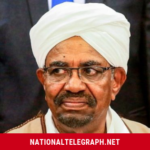 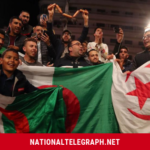 Alarming Rate Of HIV Positive Among Sex Workers In Zimbabwe.