The Corporation’s Manager said he’s putting a total of 371 workers on a technical break, citing a financial crisis. Louis Georges Njipendji has also called on Finance Minister, Louis Paul Motaze for a bailout.

National Telegraph has gathered a total of one billion, four hundred and seventy-nine million, two hundred and eighty-three thousand, eight hundred and twenty-two (1.479.283.822) FCFA is needed to pay workers’ salaries.

Of the sum total requested, five hundred and forty million, four hundred and ninety-three thousand, eight hundred and twenty-two (540.493.822) FCFA is needed to pay accumulated salaries to the 371 workers before temporarily retrenching them.

The company intends to retain 206 workers and for that, Njipendji will be needing nine hundred and thirty-eight million, seven hundred and ninety thousand (938.790.000) FCFA. Camair-Co’s boss has blamed the insolvency on the novel COVID-19.

Before taking the decision, several meetings were held with staffers with the last at the delegation of Labour and Social Security in Douala, in the country’s Littoral Region. Staff delegates were absent, Njipendji said in a release.

An agreement arrived at during the meeting allows the beginning of mid-May 2020, for the Corporation to put 371 of its staff members on a technical break for a period of six months.

Local flights have since the outbreak of COVID-19 been grounded. This is compounded by the fact that the Corporation has long hobbled to survive. 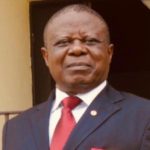 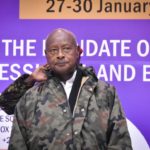