A security lock-down has been imposed on Bertoua, capital of Cameroon’s East Region, National Telegraph has confirmed.

The region’s Governor, Mvongo Gregoire said in a bulletin, Tuesday July 30, 2019 that following a rise in crime in Bertoua, a halt in the circulation of motor bikes has been imposed.

The bulletin also states that motor bikes are prohibited from circulating from midnight to 6AM from July 30 to a yet-to-be announced date.

The curfew also affects Mandjou, another city in the region. Reports say Bertoua and Mandjou have been scenes of high crime waves.

Locals say in the last two weeks, three to four bikers have been targeted and killed each day.

On-the-spot reports say passengers have also been killed in some cases, a source said citing a recent incident where a biker was killed alongside a custom officer who was a passenger.

No one has ascertained the group responsible for these acts but sources say there’s a high possibility the group must be very experience and determined to destabilize the region. 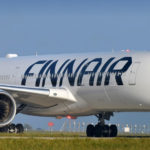 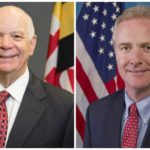