An Appeals Court in Yaoundé, capital of the Central African country of Cameroon has handed down a judgement against ten separatist leaders charged with terrorism, among other crimes.

The decision, Thursday September 17, 2020, upholds a previous decision of a military tribunal. In August 2019, the Yaoundé Military Court sentenced Sisiku Ayuk Tabe Julius, President of the outlawed Ambazonia Republic and nine others to life in jail.

The decision, Thursday also requires Tabe and other appellants pay a fine of 12.5 billions, plus Costs of 1 billion francs CFA and a further Imprisonment in Default (la Contrainte par corps) of 5 years should they default to pay the costs.

Cameroon’s two English-speaking regions of the North West and South West are engulfed in an armed conflict with a demand by a majority for a separate state called Ambazonia, a crisis that has led to thousands of deaths, torching of hundreds of villages, millions of displaced people and thousands of political prisoners.

Tabe is highly regarded by the Cameroon government as the main advocate of the new political ideology, radicalizing residents of the Anglophone regions to rebel against Yaoundé.

Lawyers of the appellants have expressed outrage over the session, Thursday presided by Justice Mindjimba Minjimba with Col. Mekou Abouth (Military Assessor) and Justice Djilla Christin as other members of the panel, saying they sat without an interpreter knowing fully well that they were to hear matters of people abducted from Nigeria and the Southern Cameroons who do not hear or speak French.

The lawyers also cited that the same panel had adjourned all cases last hearing on the that they had all been transferred to new jurisdictions and could not start any new case.

Sources also say the panel at beginning of Thursday’s session announced that all cases would be adjourned because they have to go to their new posts but started calling up matters and adjourning them without asking to know if the parties had counsel or not and didn’t even wait for the respective Appellants to come before the court and sit in the dock as procedure requires.

“When he came to Case No 5 on the Cause List which is the Case of Sisiku Julius Ayuk Tabe and 9 others Vs The People, he called the Case twice and didn’t ask and record the names of Counsel for Appellants. While the Appellants and Counsel were waiting for the instructions of the Court, Justice MINDJIMBA MINDJIMBA turned and asked the State Counsel to speak for the Defense,” one of the lawyers told National Telegraph.

“All attempts by our lawyers led by Batonnier Emeritus ETA BESONG Jr and Barr YONGFANG Paddy were roundly ignored. The Court rose for 15 minutes and then returned to read a 3 sentence Judgement without calling the parties to present themselves before the court,” one of the jailed leaders said.

Ever since the Appellants lodged the Appeal in August 2019 they were only notified with Records of Proceedings on February 03, 2020, according to persons familiar with the matter who also said the defendants never filed any submissions in their defense nor did they even in open court during procedure at hearing or even made a statement to challenge a written 64 pages Submissions of the Appellants.

“The Court of Appeals is by nature and definition a higher court of records whose proceedings are essentially exchange of written submissions of both parties before oral arguments are made to substantiate the adopted written submissions, but in Cameroun anything goes,” one of the appellants said, mocking the country’s justice system.

The Appellants have given an oral notice of Appeal to the country’s Supreme Court and shall be filling the written notice alongside  submissions within 10 days, a statement from the separatists said 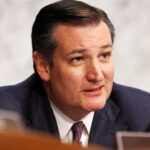 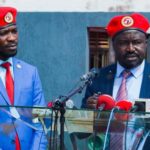