This lockdown comes only two days after Cameroon organized the 2019 edition of the Mount Cameroon Race of Hope that was largely boycotted.

Locals in Buea say all businesses were closed and the transport sector completely paralyzed. One of the deadliest ghost days took place today in Buea, a source noted.

Ghost Towns are now routine in the two English-speaking Regions of the North West and South West imposed by the Interim Government (IG) an outlawed government leading an armed rebellion from overseas against the Cameroon government.

The IG is using Mondays to assert its authority over these two restive regions from which it’s demanding the restoration of the statehood of former British Cameroon now called Ambazonia.

The IG hopes, by using Ghost Towns, it would prove to President Paul Biya’s Regime and the World it’s in control. During this day that occurs every week, all businesses are closed and movements grounded, causing huge financial losses to the central government.

Cameroon’s Minister of Sports and Physical Education, Prof Narcisse Mouelle Kombi was in Buea Saturday, February 23, 2019, where he launched this year’s Mount Cameroon Race of Hope amidst tight security.

The Minister entered the trouble-hit town, our source said, adding that he was spotted stepping out of an  vehicle belonging to GPIGN, a special military regiment of Cameroon’s national gendarmerie, a defense department of the Cameroon armed forces.

This year’s event was plagued with a lot of uncertainties as the armed conflict in the North West and South West regions of Cameroon deepens further. Pictures of Minister Narcisse were circulated on social media showing him dressed in a special bulletproof vest from GPIGN. Many he thought he was a new Army General appointed to the Region.

All defense departments including a special unit of the National Gendarmerie (GPIGN), the Rapid Intervention Battalion (known in French as BIR), police and the marine displayed visibly war-type artillery while they guarded the Minister, other officials, and .

The South West has been rocked by repeated and fierce gun battles lately, with enormous material damage and loss in human lives, National Telegraph has been told.

Pro-Independence fighters fighting to restore what they call the Statehood of former British Southern Cameroons called for a boycott of the Race and even went ahead to declare a lockdown of the Buea and the entire Fako Division to frustrate the event.

The race was largely boycotted as observers noted that the memorability inherent with the race was completely absent. The Minister visiting in armoured cars was a preemptive measure, a source said citing previous attacks on government officials.

Pundits also hold that the heavy military presence at a sporting event that has in the other years been organized with fanfare only confirmed the International suspicion that Cameroon has severe security challenges.

Cameroon was recently denied hosting rights of this year’s AFCON by the Confederation of African Football (CAF) citing infrastructures and insecurity, Ahmad Ahmad, CAF’s president said after a meeting of its executive committee in Accra in November of 2018. The Race has confirmed CAF was right, said a source.

Meanwhile, Eric Mbatcha won the 2019 edition of the Mount Cameroon Race of Hope in Buea when finished in 4 hours, 45 minutes ahead of Ali Mohammadu and last year’s winner Godlove Gabsibuin. In the Women’s category, Tata Carine won the race in 5 hours 35 minutes ahead of Ngalim Lizette in second position and Ngwaya Yvonne in third. 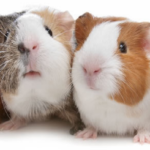 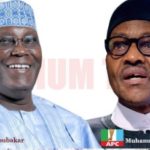