The Yaoundé Ecclesiastical Province has issued a ban on the requiem mass scheduled for the funeral of the late Cameroonian Former Minister and Director of Civil Cabinet, Martin Berlinga Eboutou at the Mvolye Minor Basilica in Yaounde, Cameroon’s capital in keeping with his last wish, a source has told National Telegraph, Thursday May 30, 2019.

Martin Belinga Eboutou was a Cameroonian politician and diplomat who was the Director of the Civil Cabinet of the Presidency of Cameroon from 2009 to March 2018 and was Cameroon’s Permanent Representative to the United Nations from March 1998 to December 2007 who died in Geneva, Switzerland, May 8, 2019 at 79.

Martin Belinga Eboutou has been constantly tagged as one of those responsible for the death of Bishop Jean Marie Benoit Bala of Bafia.
The Bishop disappeared from his residence on May 30, 2017, and when his vehicle was found, a note said to have been written by the Bishop was discovered saying ; “I am in the water.”

His body was found floating in the river by a Malian fisherman near Monatele on June 2, miles away from the bridge. Though authorities conducted an autopsy, the results were never released.

However, a forensic diagnosis commissioned by INTERPOL, the international police service, concluded that “no trace of violence” was discovered, and the Bishop drowned.

The declaration didn’t go down well with Cameroonian bishops who insisted that they have evidence their colleague was “brutally assassinated.”

In a Mass marking the anniversary of the Bishop’s death, Archbishop Samuel Kleda of Douala, the then president of Cameroon’s Bishops’ Conference reiterated Bishop Balla was murdered. 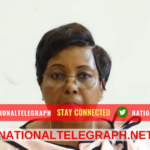 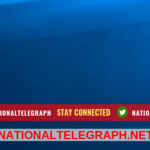